Violence isn’t new. Violence has always shocked us. If anything, violence shocks us more now that we have a hundred channels of 24-7-365 media coverage bleeding in wide screen high-definition.

Scholars have studied violence and how real violence has changed over time. They learned quite a bit from the attacks on our schools, churches and shopping malls. Their prescription to protect us from violence has changed as well. Unfortunately, for all the stylized Hollywood violence we watch, we remain ignorant of real solutions.

We, the general public, have yet to catch up with the reality of modern public violence. The professionals who study violence can now tell us what works to stop violence, but it is up to us to put their prescriptions into practice. Our government and church administrators will only respond once we tell them what to do. This is some of what we’ve learned.

“Just give him what he wants.”
There was a time when a hostage taker wanted money and a get-away car. This was the kidnap model of violence against innocent people. Maybe the kidnapper also wanted an apology from someone in power and this was the kidnapper’s way of embarrassing a public figure. The person in power could be a politician, a police official, an employer or maybe an ex-spouse.

That was how police responded at the Colombine Colorado High School murders. There we discovered the weaknesses in that special team model. We gave the terrorists plenty of time to kill vulnerable people while law enforcement organized their perfect professional response. Our reaction to violent terrorists changed again.

There is nothing wrong with a team of specially trained and equipped law enforcement professionals. They are the perfect tool if you have them on scene. Unfortunately, a SWAT team is seldom where you need them when you need them. People who study acts of public terrorism concluded that response time is critically important. Any delay costs lives. Each second counts. Another civilian will die each few seconds until the terrorist comes under gun fire.

Police wisely struck a balance. They would form a team with the first two officers who arrived. This team would work together and would immediately advance toward the threat and the sound of gunfire.

These first responders were armed off-duty police officers, armed military veterans, and armed civilians. By chance, they were in the right place at the right time. They gave innocent people time to escape and they gave wounded victims a chance to receive emergency first aid. These armed first responders stopped the killing of innocent people until the police arrived to kill or capture the terrorist.

Researchers found out that about a dozen more citizens will die if there is no armed first responder at the scene and we have to wait for the police. That is a matter of luck. Sometimes we’re lucky and sometimes we’re not. A dozen lives is a lot to leave to chance. A dozen lives

The rate of violence in churches closely matches the rate of violence in schools. As one researcher said to me, schools and churches are both communities, and we bring our human problems with us in every community. Some churches developed first response teams. Some of those teams respond to medical emergencies. Some of these teams respond to physical threats. In general, churches have been quicker than schools in their organizational response to the physical threats facing their staff and their members.

The reason for that difference is straight forward. Schools are more heavily regulated than churches. Some states allow only the police to carry firearms on school property. Some states go so far as to forbid armed civilians from even coming near a school. Again, the less regulated private schools have been quicker to adapt to what we’ve learned about violence. They have been quicker to train and arm school staff and encourage licensed citizens to carry on campus. There is a huge variation in the level of preparation from school to school across the county.

“Put the odds in our favor.”
The first thing a victim of terrorism does is call for a good guy with a gun. Slightly more than 1 out of 19 eligible adults have a license to carry a concealed weapon. Fewer are carrying at any given time and place. In contrast, there are fewer than one police officer on duty for every 1000 citizens. That explains why concealed carriers defend us from public violence. Despite their lack of specialized training and despite their unofficial status, armed citizens are more likely than police to be the first person on scene.

A logical way to minimize the impact of mass public violence is to eliminate the gun free zones that disarm the good guys. We’ve learned that the so called gun-free zones have done nothing to stop criminals and terrorists. In fact, they attract terrorists.

There are dozens of simple solutions that increase the likelihood of there being a good guy with a gun on the scene of the next attempted mass murder. Putting them into practice is only a matter of life and death. 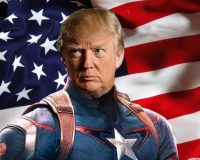