Without CONTEMPT for America, would they feel anything for it at all?

A love of country, rightly understood, will naturally extend to its symbols.

The Anthem. The Flag. The uniform worn by our fighting forces.

The symbols are nothing in themselves, but in honoring the symbols, we honor what they stand for. That first battle for independence. The many battles since.

Might that keeps our borders secure, and deters threats to our security, both at home and abroad.

Our appreciation of words like ‘duty’ and ‘sacrifice’ — often scoffed at by the Left — used to be appreciated by BOTH parties.

Even their beloved JFK famously said ‘Ask Not…’. And finished with a sentence no Democrat today would DARE utter publicly.

Should it surprise us that they neither KNOW nor CARE about how to properly respect the American flag?

Here are some of celebs with a particularly obnoxious attitude toward American Traditions. Have a look:

This is the cover for Variety magazine. 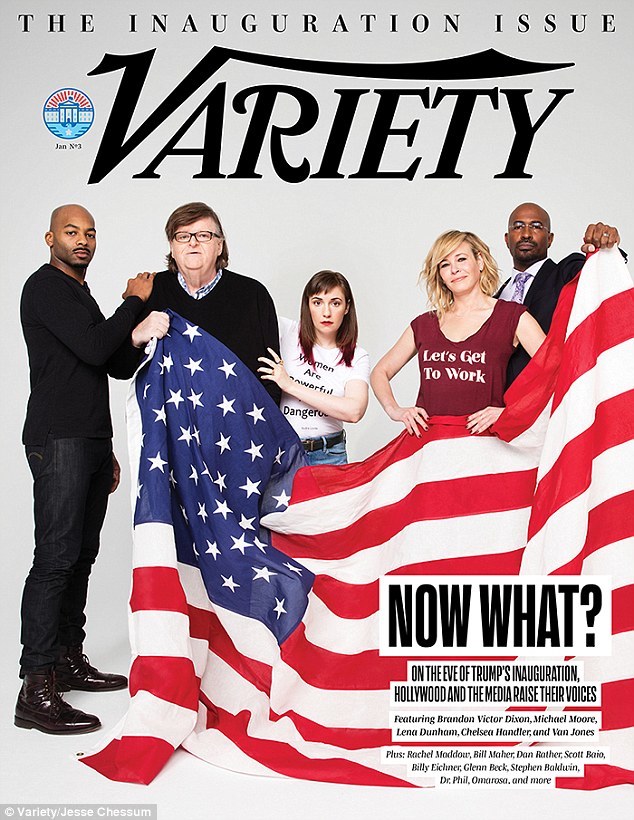 See the flag on the ground?

WE did. News flash: Never do that.

Bet you wouldn’t do that to a Rainbow Flag.

Who is featured on the cover?

Michael ‘Noam Chomsky Re-tread’ Moore. Some guy from ‘Hamilton’. Lena Handler. Or Chelsea Dunham. Or something. No, wait, they’re both there. And that guy who cries ‘Racist’ on CNN. Not Lemon. The other one.

What’s the matter? Should we RESPECT them by addressing them by name?

Why bother? They aren’t respecting the nation.