He was wearing his Army jacket.

This was apparently offensive to a group of assholes. 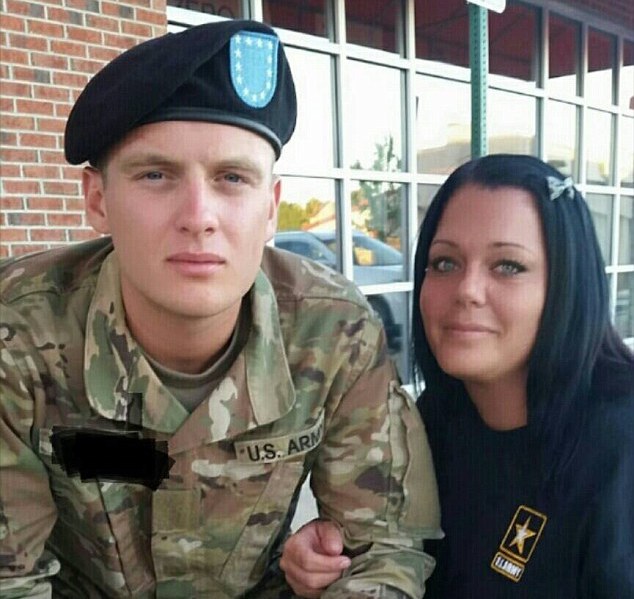 Here is Austin in the hospital: 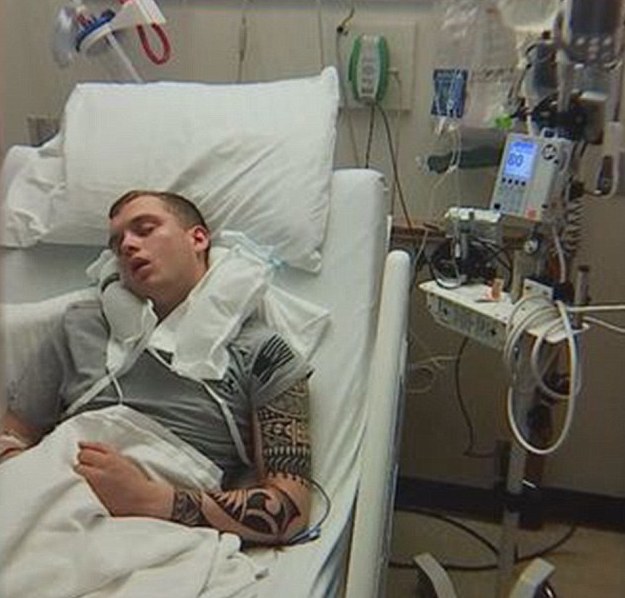 A soldier who was gifted with a plane ticket to see his widowed mother on Christmas saw his holiday turn to horror when he was left with severe facial injuries by a gang in Philadelphia, his family said.

A kind stranger had paid for Austin Freni, 19, to fly from his army base in Georgia to his mom Lori in New Jersey after spotting his GoFundMe page. He was due to fly out to the Middle East in the New Year.

But while attending the annual Mummers Parade – a colorful folk festival – in Philadelphia on Sunday, 10-15 men put him in hospital because of his Army jacket, his mom told Fox 29.

Freni, his mom and girlfriend were strolling through Philadelphia after the parade when they the large group of young men walked by them and made ‘derogatory’ comments about Freni’s jacket, she said.

She says that one of those men then hit Freni, and the others leaped in to attack him as well.

‘Me and his girlfriend tried pulling them off and they hit us,’ she added. ‘We got hit in the face. She got thrown in the street.’

Now Freni is in Jefferson University Hospital, facing a long road to recovery.

‘He’s got to get plates put in his jaw and his mouth will be wired shut for the next eight weeks.

The ‘He’s such a good kid, he did not deserve this.’

A soldier, who hadn’t been able to visit at Thanksgiving, comes home to visit his mom for Christmas due to the kindness of a stranger paying his ticket.

He does this before being deployed to the Middle East.

He then goes to a folk festival with his Mom and his girlfriend proudly wearing his Army jacket.

He is attacked by a gang of thugs because he is serving his country.

This is beyond disgusting.

Where has the respect for the military gone?

Out the door with the respect for law enforcement officers.