Remember the controversy when Cruz suggested we should pay closer attention to Mosques?

Conservatives said he was on point.

But did the idea that CERTAIN mosques have been used as a Jihad Delivery System ever become part of the National conversation?

ClashDaily has raised the point from time to time. We’ve seen weapons-caches recovered from mosques. Is that important? What about when they found weapons and Jihadist documents at another Mosque.

Even Egypt — in an effort to combat terrorism — closed 27,000 mosques. Is EGYPT ‘islamophobic’ now? Seriously? Mathematically alone, at some point we won’t be able to say ‘another isolated incident’ anymore. Right?

Now, in Pakistan, we learn about the recovery of SUICIDE Jackets. Two of them. And about 12 pounds of explosives.

In a MOSQUE. More specifically in the room of the mosque’s PRAYER LEADER.

Here is the photo: 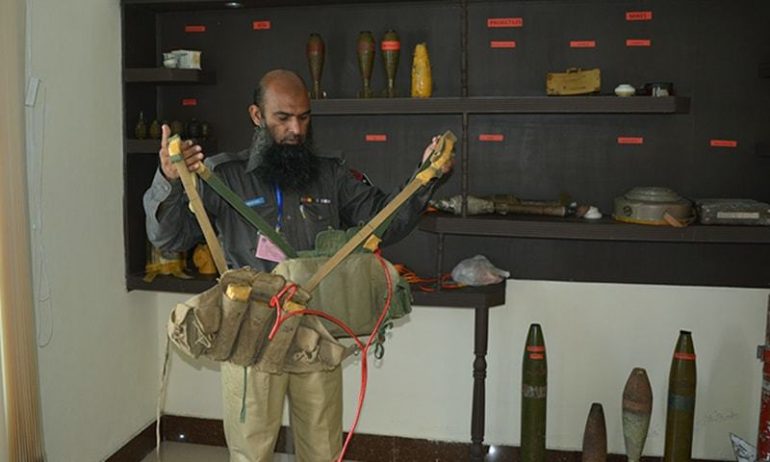 What next? Should we sit cross-legged and chant ‘Islam is the Religion of Peace’ until this isn’t upsetting anymore? Should we start an anti-islamophobia campaign? Let CAIR lead a town hall?

Or are we going to treat Jihadism as HATE and VIOLENCE that is deliberately spread abroad… sometimes hijacking Mosques as a delivery system.

Does this get your lefty friend upset?

Tell him we should just defund our health inspectors. Because it’s wrong to assume the guilt of restaurants. Wait until people start getting sick of E Coli or Listeria before you get involved.

And wait for your lefty friend to change color. Now ask him:

Really, how is this any different? The risk uniquely present within Islam has ALREADY been demonstrated.

If Temples or Catholic churches develop the same pattern? You can be sure we’d want them looked at too.