When rival papers use the SAME headline, you know they’ve captured the pulse of the nation.

Something has shifted in America.

Today is a new day.

These New York papers have captured that ‘HOPE’ and (dare I say…) ‘CHANGE’.

The New York Daily News and New York Post are fierce rivals. The former is a left-wing publication known for stirring up controversy with hard-charging activist headlines. The latter is a conservative-leaning publication that is not afraid of stirring the pot with unconventional takes and political gossip.

So, when the two publications ran the exact same headline on Trump’s Inauguration, it’s not only an anomaly, it says something about the national pulse.

Check out the 2 Front pages: 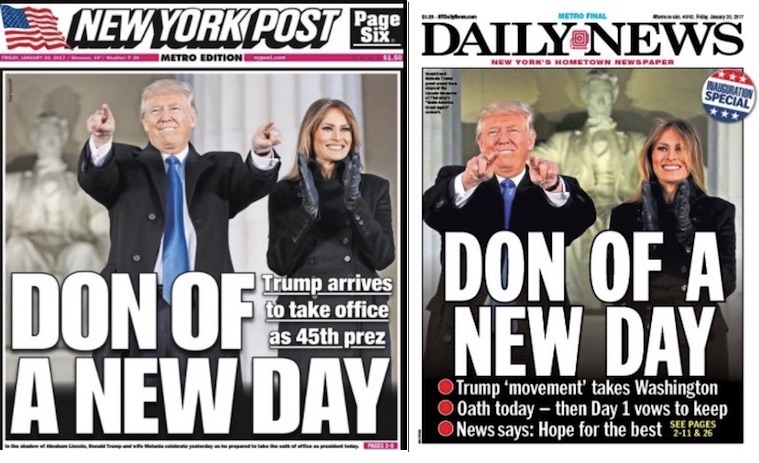 Once the tweet of the images made the rounds, some made alternate headline suggestions:

@BraddJaffy @MarkHalperin Mort Zuckerman is going to fire whoever approved that cover. The Daily News is Trump hating central.

And this astute observation on the use of language by each paper: