Nancy Pelosi made some statements about President Trump on Sunday, and POTUS didn’t like it. He shot back on Fox News.

Trump’s remarks, during an interview with “Fox & Friends,” came in response to Pelosi’s charge Sunday on ABC’s “This Week” that the Trump administration has “done nothing except put Wall Street first, make America sick again, instill fear in our immigration population in our country and make sure Russia maintains its grip on our foreign policy.”

Trump shot back with typical bravado.

“Well, I’ve been watching Nancy’s tape, and so I think she’s incompetent, actually,” Trump said. “You know, if you look at what’s going on with the Democrats and the party, it’s getting smaller and smaller.”… 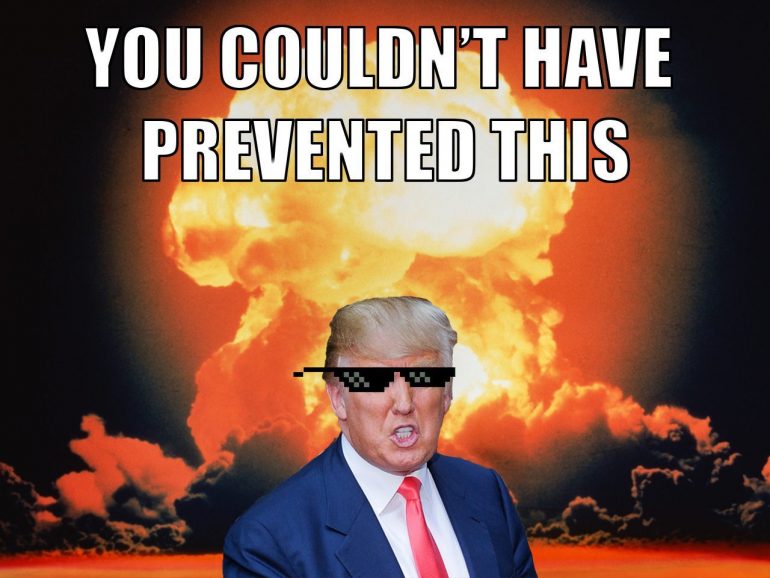 He’s right — the constant outrage is getting tiresome.

Democrats have lost the White House, don’t have control of Congress, many Governorships, most State legislatures, are about to lose the Supreme Court.

The Democratic Party is imploding because it looks like Frankenstein’s monster.

The hodge-podge of extreme leftist policies that keep getting tacked on to address the identity politics of small, special interest groups are fracturing the party.

The only thing that seems to unify Democrats is the opposition to President Trump.

And that’s just not enough.

That’s no way to run a party — but Pelosi seems to be just fine with it.