Celebrities have been pushing their political views at us for years. Fashion designers are doing it now. And guess where THEY are on the political spectrum? 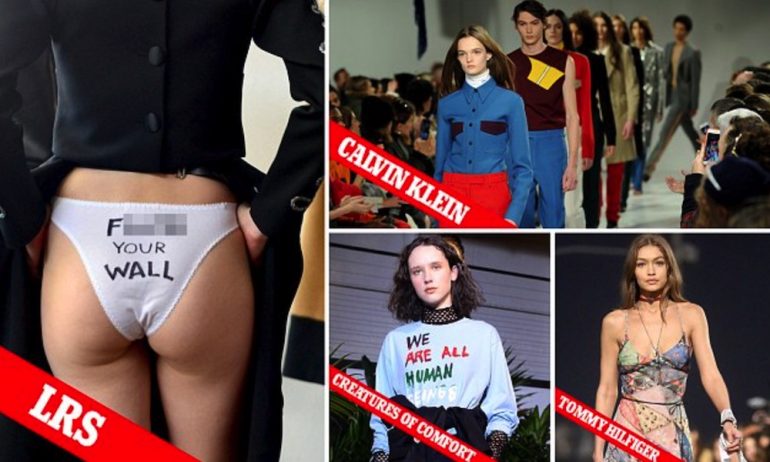 The fashion industry is becoming increasing political. Calvin Klein played This is Not America and a Mexican immigrant designer sent ‘f*** your wall’ underwear down the runway at New York Fashion Week.

For his first collection at the helm of the iconic American label, Calvin Klein, Raf Simons blasted David Bowie’s ‘This is Not America’ to open and close his show on Friday morning.

Next to make a clear political statement was the budding LRS Studio, whose Mexico-born designer declared ‘f*** your wall’ and ‘no ban, no wall’ on the back of models’ white underwear.

These two men were some of the designers that used their shows to voice their opinion, as the fashion industry begins to follow Hollywood’s suit and make a comment on the political climate in the United States.

Simons, a Belgian designer who made the jump to Calvin Klein from Christian Dior in 2015, said his debut collection was about unity, acceptance and ‘different individuals — just like America itself’.

Before the show, he sent out white patterned bandannas to attendees in order to promote that message of inclusion, much like the ones Tommy Hilfiger had models wear in his show in California.

Does underwear really need to make a statement?

I don’t go around without pants, nor do I know anyone who would.

I’m one of those strange people that believe pants should look like pants and a dress shouldn’t make a woman look like she’s an extra on a cheesy sci-fi movie or perhaps The Muppet Show.

It wasn’t just the runway, either. 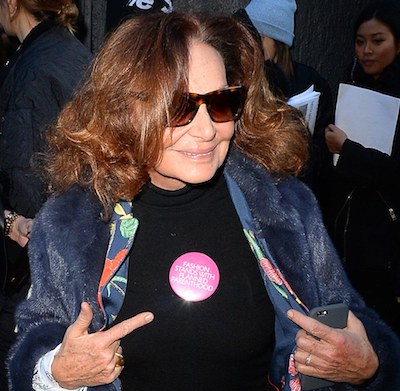 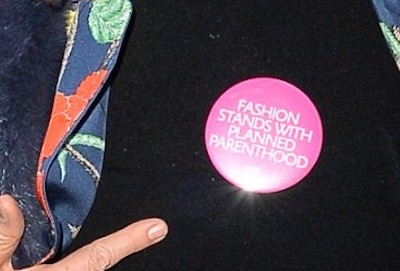 Sex-selected abortions are common in cultures where girls are ‘undesirable’.

Thousands of female foetuses have been killed due to gender-based abortion within some ethnic groups, the latest data reveals…

…In many cultures sons are deemed to be more desirable than daughters for religious or economic reasons, meaning couples seek to terminate pregnancies if they find out the child will be female.
Read more: Daily Mail

This designer, who works in an industry that caters to the aesthetics of women, is cool with vacuum-sucking babies from their mothers’ wombs. Many of these pre-born women are being murdered because of their gender.

How does that square with the shiny, new gender-bending morality anyway?

What if within that group of thousands of pre-born girls, some don’t have a ‘woman’s brain’ and aren’t girls at all?

This is really going to get the Baby Corpse Corps into a tizzy.

To oppose abortion at all will get you vilified on the Left.

If you’re a Liberal, and you oppose sex-selected abortion because of ‘Feminism’, but believe in the trans movement — you’re pretty much screwed.

The ‘liberal logic’ doesn’t seem to make much sense a lot of the time.

Is it really a good idea to infuse identity politics into your business, anyway?

You’re bound to offend someone somewhere.

Wouldn’t it make sense, from a business perspective, to remain neutral?

All those designers that didn’t want to dress Melania made their political statements, but Ralph Lauren, well, he’s cashing in on his decision to dress the First Lady.

But then, what do I know?

I think these are fugly onesies: 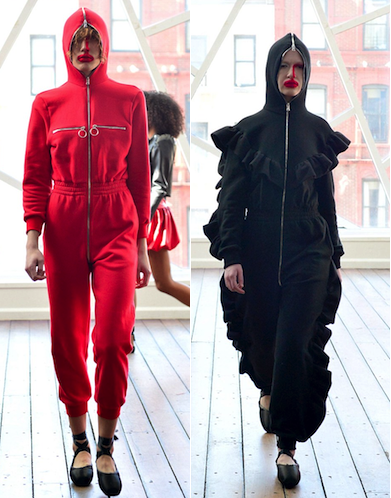 (Seriously, the one on the right looks like a burned potsticker!) 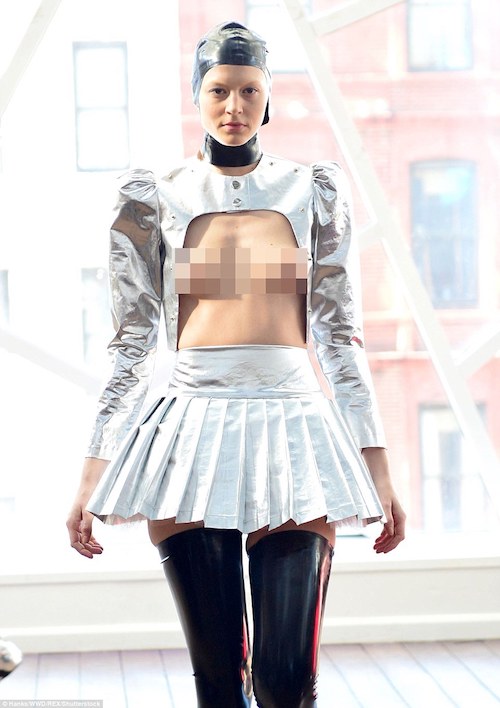