Is political activism bad for business? YOU BET!

Since their “we’re going to hire 10,000 refugees” announcement, Starbucks has taken a shellacking. (Here’s our ‘we-told-you-so‘ because, well, we did.

The Headline says it all:

Starbucks’ brand has taken a beating since the company announced plans to hire 10,000 refugees worldwide in the next five years in response to Donald Trump’s executive order intended to prevent refugees from entering the US.

The coffee giant’s consumer perception levels have fallen by two-thirds since late January, according to YouGov BrandIndex.

The perception tracker measures if respondents have “heard anything about the brand in the last two weeks, through advertising, news or word of mouth, was it positive or negative.” In Starbucks’ case, perception is still overall positive, but significantly lower than it was prior to CEO Howard Schultz published a public letter outlining the company’s plans to give refugees jobs.

There’s a graph to show what that perception change looks like: 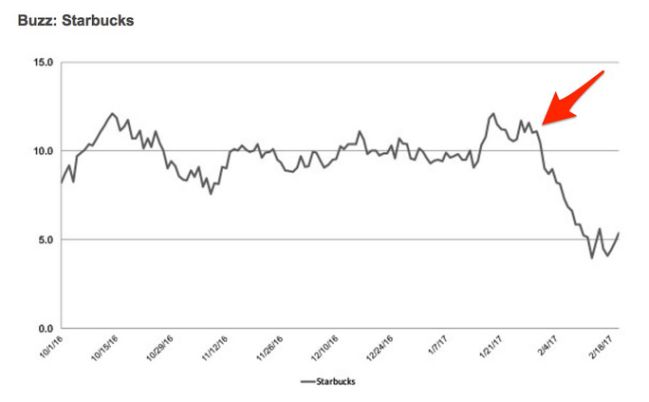 So, what’s the lesson here kiddies?

When your business depends on the public to show up and buy your products, taking a public position that alienates half of that public is bad for business.