Would you want a woman like this teaching YOUR kids? Or ANY kids for that matter?

A preschool teacher in Arlington, TX has been removed from the classroom for her anti-Semitic and violent tweets.

Nancy Salem, who teaches at The Children’s Courtyard in South Arlington, as The Algemeiner first reported, was among 24 anti-Israel activists at the University of Texas, Arlington (UTA), exposed by covert campus watchdog group Canary Mission for expressing racist and violent thoughts online.

Salem — a member of the UTA chapter of Students for Justice in Palestine and a supporter of the anti-Israel Boycott, Divestment and Sanctions movement — used her now-disabled Twitter account to post such remarks as: “How many Jews died in the Holocaust? Not enough…HAHAHAHA.”…

Here are some screenshots of her tweets courtesy of Canary Mission: 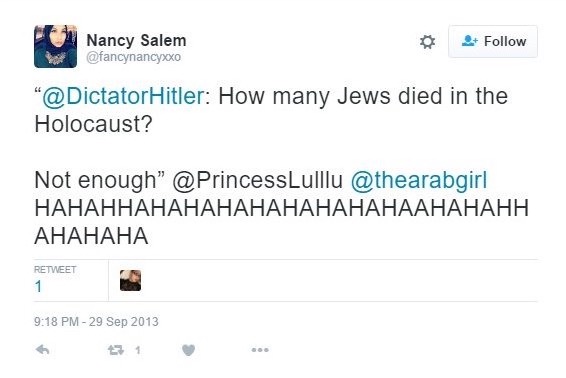 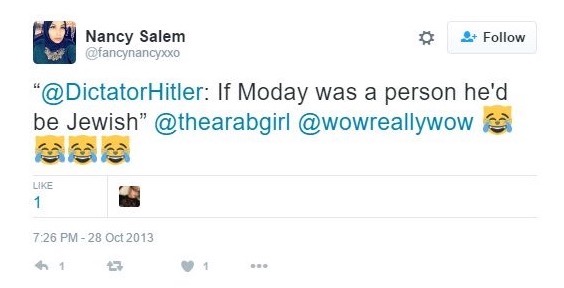 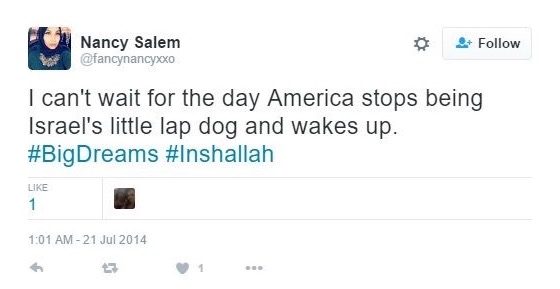 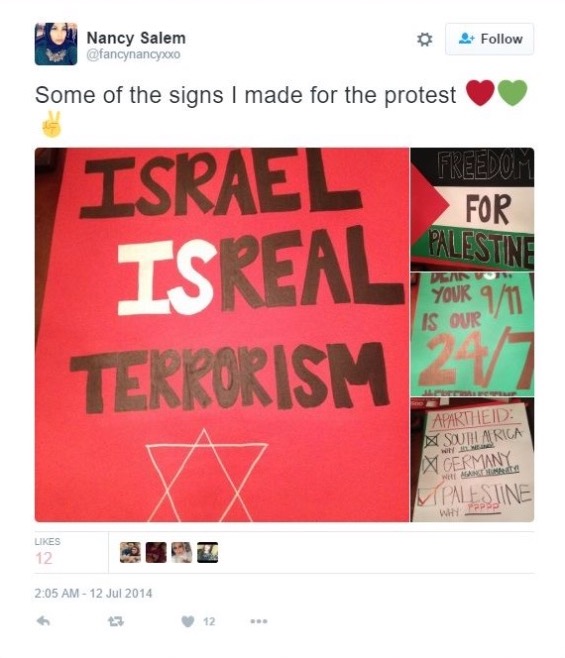 …In response, the school stated, “Our senior management team is working to address this matter. This in no way reflects the views of The Children’s Courtyard. We strive to provide an inclusive environment for all children, families and staff members. We also expect our employees to uphold standards of personal and professional conduct.”
Read more: The Algermeiner

The ‘we’re looking into it’ answer simply isn’t good enough.

If she were any other group than Muslim, she’d be canned with just a whisper.

There is certainly a difference in the way Islam is handled compared to any other religion.

Lord help you if you want to say a Christian prayer at a public school!

Contrast the handling of this teacher and her hate to the two moms that are concerened that their kids’ middle school is actively prostlytizing for Islam.

Look at how the Left denounces President Trump a ‘white supremacist’ and a ‘Nazi’ despite actual evidence to the contrary.

This woman has spewed hateful language all over social media and is being suspended, not fired.

Does Salem have Jewish kids in her preschool class?

How does she treat them and their families, I wonder.