CNN has been overly-critical of President Trump, especially when compared to the kid-gloves they used with Obama.

It’s an anti-Trump haven of hate over at CNN… until now.

After President Trump’s magnificent address to Congress last night, even CNN gave him a left-handed compliment.

On February 24, CNN was one of several news organizations which have been critical of Trump that was blocked from attending a press briefing at the White House.

Most people also approved of Trump’s policies with 69 percent saying they would move the country in the right direction. The speech changed some viewers minds about Trump since just 58 percent had a favorable opinion about the policy direction of the country before.

They noted the tone of his speech which was more uplifting than his inauguration speech and Melbourne campaign-style rally.

Trump has deemed CNN a foe, even citing that people call the the television station the ‘Clinton News Network.’

Tonight in their summary of his statements, CNN wrote: ‘Trump adopted a statesmanlike cadence, hitting notes of inspiration.’

‘For once, this most unorthodox of politicians struck a conventional presidential posture as he sought to stabilize his administration after a tumultuous five weeks in office.’
Read more: Daily Mail 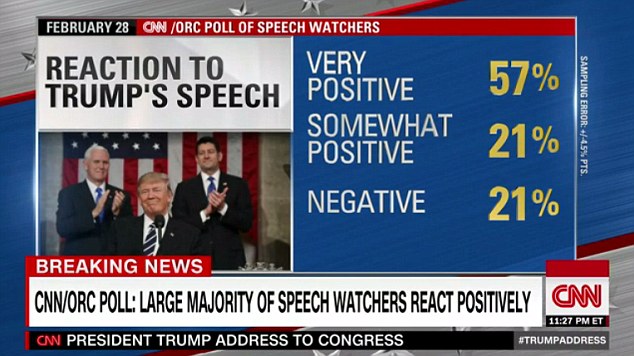 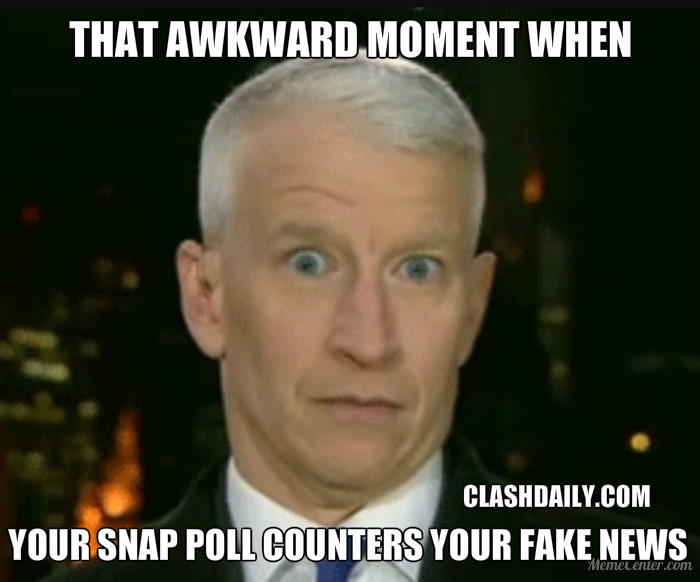 It’s going to be so hard for you for the next 4 years.

How ever will you survive?

Perhaps you should have all of your on-air personalities — and especially the ones with little-to-no personality — read this: