Paging all Feminists… Do you have anything at all to say about this?

In the video, Snoop Dogg aims a gun and shoots a clown version of President Donald Trump.

He’s been attacked all over social media and on conservative websites for his inappropriate video.

Even President Trump weighed in.

That’s what prompted Snoop’s nephew, Bow Wow, to defend his uncle and respond to the President directly.

Bow Wow — real name Shad Moss — is the latest artist to publicly defend Snoop over his controversial music video for the song “Lavender,” which shows the rapper aiming a prop gun at a parody clown version of Trump and then pulling the trigger.

The president fired back at Snoop Dogg Wednesday morning on Twitter, calling the rapper a “failing” artist.

This isn’t the first time Melania has been targeted.

After the Election, a ‘rape Melania’ hashtag was trending on Twitter. 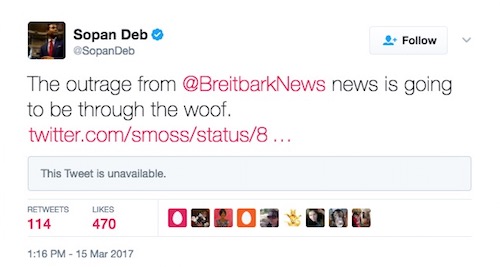 Aaaand guess what you hear on the left?

So, Sopan Deb is cool with human trafficking now?

Or is it just because it’s First Lady Melania?

It’s funny if it’s someone you disagree with… or their spouse.

As a matter of fact, another rapper was far more foul-mouthed in his ‘critique’ of the President’s tweet about Snoop Dogg. 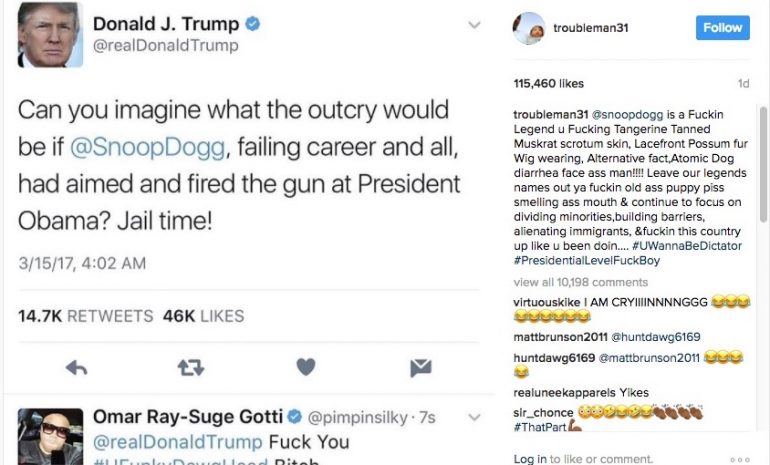 In case you can’t read it, here is the (lightly censored) text:

And that got over 115K favorites.

Leave our legends names out ya f*ckin old ass puppy piss smelling ass mouth & continue to focus on dividing minorities, building barriers, alienating immigrants, & f*ckin this country up like u been doin…

And remember, these are the folks that Obama and Hillary were sucking up to.

You know that old saying, ‘Show me your friends and I’ll tell you who you are’?

Yes, America, we really dodged a bullet on November 8!