Shia LaBeouf has had a lot of problems with his on-going anti-Trump project. The ‘He Will Not Divide Us’ live stream has been moved to 3 different locations, and it needs to be moved again.

First, Shia had the video camera located outside the Museum of the Moving Image in New York City.

After continuous trolling by Trump-supporters, it was then moved on February 18 to a wall outside the El Ray Theatre in Albuquerque, New Mexico. There were gunshots at this location, so it was moved to an undisclosed location on March 8.

It stayed secret for all of 2 days.

The sleuths of 4chan, using the power of the internet, played the most epic game of capture the flag EVER.

Page Six reports 4chan users “started studying planes flying over the flag, and took note of flight times” in order to determine where it may be. They also “studied the sun and star patterns behind the flag,” as well as taking note of a picture of LaBeouf in a Tennessee diner to narrow down the area where the flag was hidden. A 4chan user in the suspected area drove around honking the horn of his car so that it could be heard on the video stream, allowing others to triangulate where the flag could be based on the driver’s location.

The flag was found in the middle of the night and taken down.

Shortly after the flag’s replacement, the property owner noticed the swap, pulled down the Trump gear, and turned off the stream.
Read more: Breitbart

Watch how they did it:

Watch the moment the flag was captured and replaced by a Pro-Trump shirt and a Make America Great Again hat:

THEY FOUND THE FLAG, REPLACED IT WITH A MAGA SHIRT AND HAT, AND NOW THE STREAM IS OFFLINE!#hewillnotdivideus #hwndu pic.twitter.com/rDiD1VC4fv

LaBoeuf’s ‘He Will Not Divide Us’ is presently off-line. 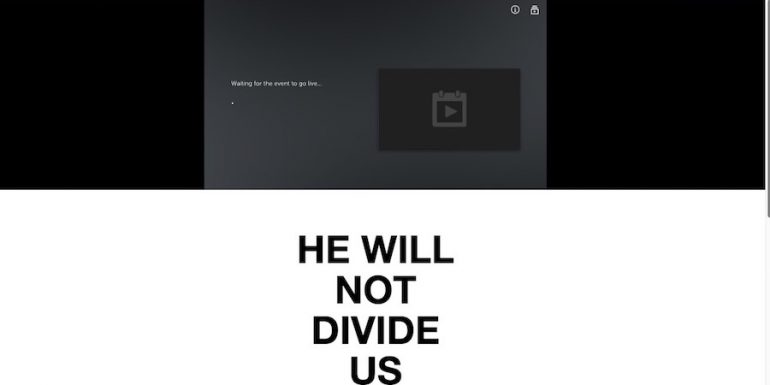 Kudos to those folks on 4chan for their sleuthing.