There is SOME sort of a threshold of what makes something unacceptable. Be damned if we can make logical sense of it… beyond the obvious POLITICAL explanation of rank Censorship.

How many times do we need to tell you:

Obviously, the answer is either until they listen, or 2+2=5. Whichever comes first.

Facebook is now to public expressions of speech what the Ministry of Truth was to reporting.

Hat tip to Paul Joseph Watson for the following image: 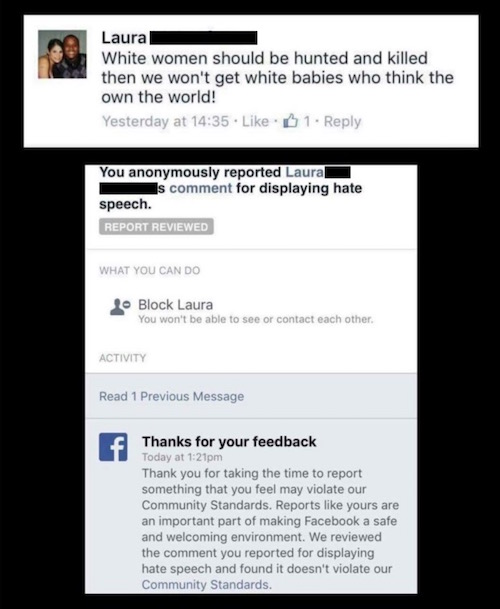 This is the same company who found that the public abduction, humiliation, and torture of a disabled man on Facebook Live — did not constitute a violation.

One man, commenting on a Canadian Bill that became law the previous day — was surprised when he found his Facebook post was blocked. (Interesting to note, the law was establishing Islamophobia (without a clear definition, mind you) as a criminal offense. This could conceivably even include factual statements about the religion and or its practice or beliefs.

Here is the post that was flagged. (His name is obscured intentionally.) 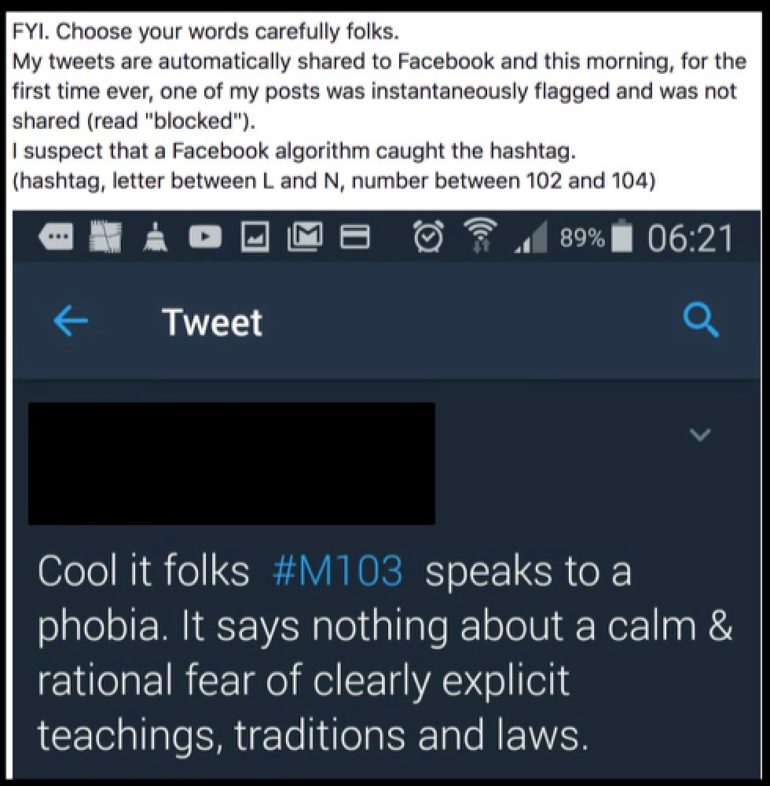 Welcome to our Brave New World. Where we have all the news the feel we should be permitted to see.

Freedom? Do you still believe that silly 20th Century cliche?