Remember how Bernie Sanders used to GUSH about Venezuela? Do you wonder why he has stopped?

While the Democrats were kind enough to spare America the embarrassment of having Bernie Sanders and is Radical Leftist ideology on the Presidential Ticket, the Socialist Utopia he once praised has imploded. 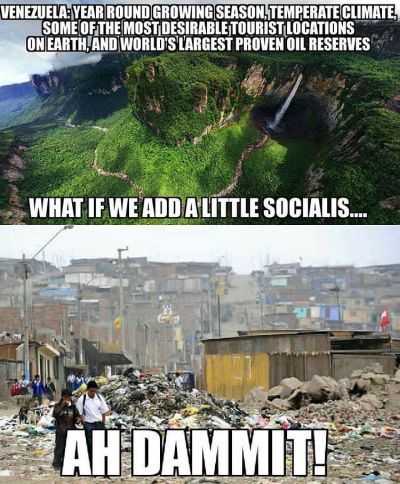 People in the cities have been killing and eating stray animals for quite a while now.

The government just SEIZED the GM plant (carrying away their assets) because THAT’s sure to solve their problems.

Medical attention? People have been dying for lack of basic supplies. Even single-use items have been boiled and reused out of necessity.

In an environment where Socialism gives way to anarchy? That’s where totalitarians make their play.

Triple-digit inflation and shortages of supplies mean long lines and bare shelves at stores across the country. Many people are suffering from a lack of food, water, medicine and other essentials.

On top of this, protests flared three weeks ago after the country’s Supreme Court tried to strip the opposition-controlled parliament of its powers — a move that would have given almost complete control to President Nicolas Maduro, according to his opponents.

The court’s decision was later reversed, but not before people took to the streets demanding elections they believe would remove their increasingly dictatorial government. — NBC

And now? Cue the violence.

First he took the civilian’s guns away. Then he used guns to tighten his grip on power.

The socialist leader of Venezuela announced in a speech to regime loyalists his plan to arm hundreds of thousands of supporters after a years-long campaign to confiscate civilian-owned guns.

“A gun for every militiaman!” Venezuelan president Nicolas Maduro said to uniformed militia members outside the presidential palace, Fox News reported on Tuesday. The Bolivarian militias, created by Maduro’s predecessor Hugo Chavez, already number in the hundreds of thousands and are being used to supplement the regime’s armed forces. Maduro is boosting the number of armed supporters in hopes of keeping control over the country from what he labels “imperialist aggression.”

The arming of Maduro’s supporters comes five years after Venezuela’s socialist regime outlawed the commercial sale and civilian ownership of firearms. Only the military, police, and groups like security companies can buy guns and only directly from one state-run arms company under the law passed in 2012, according to the BBC. The country recently doubled down on its gun ban through a combination of gun buybacks and confiscations in the summer of 2016.

Has ANYONE tried this trick before? 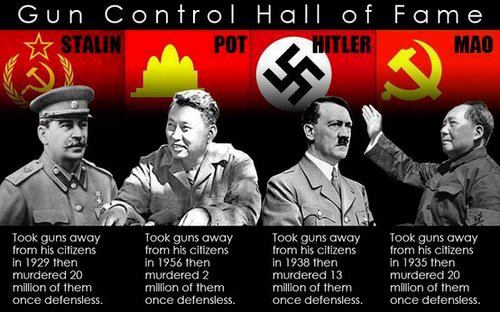 It was only a few years ago that Venezuela was a model Bernie Sanders pointed to as an example. And now, they’re on the brink of an armed revolution.

In Venezuela, for instance, we already have seven dead protesters.

And a disarmed civilian populace is helpless against the whims of tyrants.

The Second Amendment wasn’t written with hunters in mind. It was written for THIS.