Well, well, well. Looks like the NYT got caught. Red-Handed.

The New York Times is the new bastion of ‘Truth’.

The New York Times has a new marketing campaign: “The truth is more important now than ever.” pic.twitter.com/FLPPIozpXn

Keep that in mind. 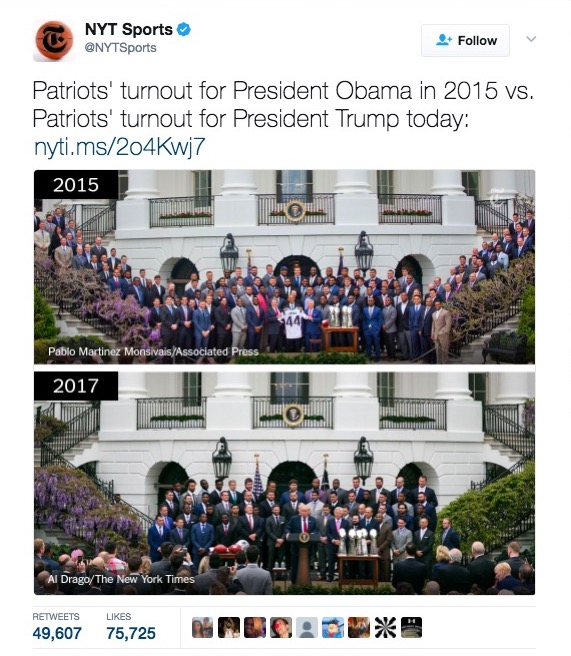 Just one teeny problem with that tweet. It’s not true.

Athletes. Fact-checking the News? Considering their slogan, that’s got to be a little bit —

Here is the photo that the Patriots posted of the players and staff:

And it turns out that it’s just that the Sports Editor is an idiot.

To be fair to the Times, there WERE some Patriots that sat the event out. (About two.)

But it was HARDLY a reason to try to recreate the tempest in the teapot they ginned up after Inauguration Day.

Just FYI, ClashDaily has decided to use a photo of the original tweet instead of a live link to it in case the Times decides it should scrub it from the internet memory.

So far, they have done no such thing, and the tweet is still out there in all it’s Fake News Glory — going viral.