After the fiasco that was the DNC in 2016, Tom Perez is trying to ‘unite’ the Democrats. It’s not working.

Newly-minted DNC Chair, Tom Perez, who took over for humiliated interim Chair, Donna Brazile, who replaced humiliated Chair, Debbie Wasserman-Schultz, is out to unify the party.

After the debacle with wildly popular socialist, Bernie Sanders, and the DNC officials push to have Hillary be The Presidential Candidate, many were turned off. They lost some of their base.

And when Hillary didn’t bother to visit the ‘Rust Belt’ voters, they lost more of their base.

The race for the new DNC Chair had a wide variety of Progressives, but when the dust had settled, it was an old-guard Democrat that won the day.

And it’s been rough going for him ever since.

So, what better way to ride the wave of anti-Trumpism than to try to win back some of those disgruntled Bernie voters than a ‘Unity tour’!

It began horribly — the first stop Bernie was cheered and Perez was booed.

And that was the high part of the tour.

It’s been an absolute train wreck.

DNC Chair Tom Perez’s “unity tour” with Sen. Bernie Sanders exposed his flaws and inability to lead the party. He was booed during the first stop of the tour and on several occasions throughout it. Toward the end of the tour, he was pooped on by a bird. Twitter users poked fun at the incident and compared it to Sanders’ famous interaction with a bird that landed on his podium during his presidential campaign.

Proving how out of touch he is, Perez has desperately used swearing to attempt to gain favor with younger audiences. During the tour, he said that President Donald Trump “doesn’t give a sh-t about healthcare.” He has sworn in previous appearances as well, and the DNC is selling a shirt on their website born from one of Perez’s comments with the slogan “Democrats give a sh-t about people.” Perez’s swearing comes off as forced, contrived, and insults the intelligence of Democratic voters. Instead of using brash marketing rhetoric, the Democratic Party needs to challenge billionaires and wealthy donors who incessantly pick away at democracy to expand their wealth and power. No one believes that Democrats give a sh-t about people while they further embolden special interests and big donors.
Read more: The Observer

Perez is now pushing for abortion on demand as a prerequisite for all Democrats.

This is just alienating the Pro-Life Democrats — more of their base.

So, maybe Perez using the word sh-t all the time is appropriate.

Because that seems to be the state of the party these days.

Just ask the bird that pooped on him. 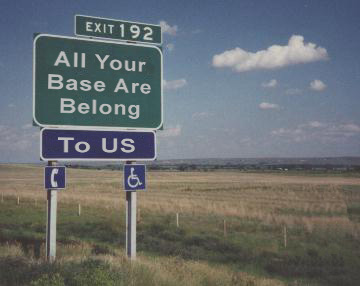