If they had Tea Party affiliations, we’d be talking about this EVERY day.

Harrowing video footage taken by Southern’s crew showed Antifa street fighters throwing bricks and M-80 explosives into the crowd, as well as assaulting Trump supporters. Other footage released by someone present at the event showed one Antifa thug hit a Trump supporter over the head with a bicycle chain and lock.

In one interview, ‘Base Stick Man’ as he’s come to be known told listeners about real nature of the violence.

People are getting stabbed.

One woman had a carburetor thrown at her, and it tore up her face.

Another man needed more than a dozen stitches.

They have taken quarter sticks of dynamite, dropped them into empty wine bottles, and have lobbed them into the crowds.

These are not just rowdy students who take a swing at the other camp when swearing just isn’t enough.

They are coming prepared to wound and maim.

They are rallying around people and groups like ‘BAMN’ (By Any Means Necessary… we addressed that group here.)

“It would certainly put a psychological element in while holding fash [fascists] back. Who do you think a fascist is more afraid of? People with only flags and bats, or people with flags, bats, and guns?” he wrote.

But some Antifa members have clearly had the same thought — that “flags and bats” simply aren’t enough. Indeed the Antifa United webstore temporarily sold an Antifa-branded concealed credit-card knife. — Lifezette 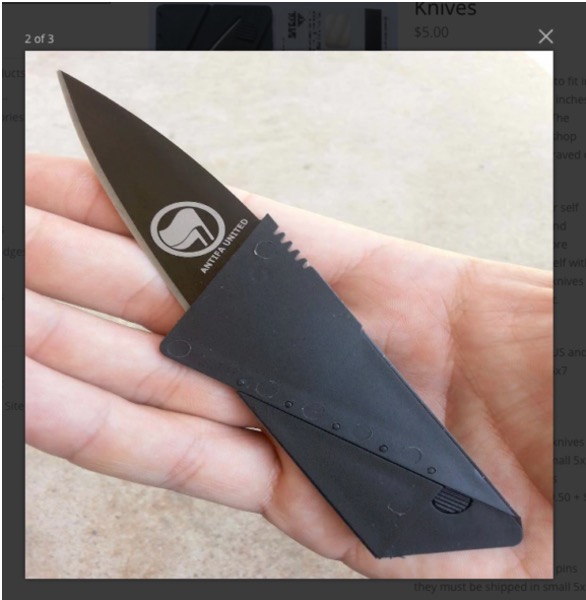 You’ve become an armed mob looking to use violence to achieve political aims.

These are EXACTLY the sort of people for which the police must NEVER stand down.

Armed rioters stifling political dissent? If we claim to care so much about the free exercise of the democratic process?

Why is THIS violent political activist group not getting enough coverage that it would dwarf the ‘Russian’ and ‘Wiretapping’ stories put together?

They used to tell us how domestic terrorists were a more imminent threat than Islamists.

In terms of sheer numbers, they may be right. But since they can’t pin this on Tea Parities, Christians or Conservatives, the media is giving the story a ‘pass’.

Why Do Dems Keep Threatening To Nuke Gun Owners?
June 24th, 2021 The Lid