Good thing they’ve got a photo. Becuase the sketch artist would have assumed you’d been drinking.

You’ve heard the term ‘wild-eyed psychopath’ right? Now you have seen one.

Normally, you can’t just look at someone and know they’re crazy. 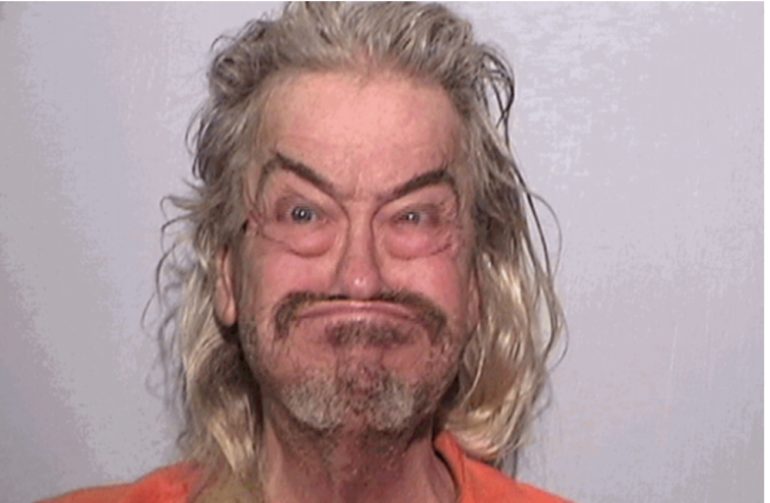 This is NOT a joke, and the photo isn’t ‘shopped’ either.

Here’s the news source, photo and all. — Toledo Blade

A North Toledo man pleaded not guilty today in Toledo Municipal Court to chasing a family member with a hatchet.

Mr. Dawson is accused of chasing a family member Sunday with a hatchet. Prosecutors allege he swung the hatchet at the man, but struck his truck instead — leaving a large dent in the hood, according to a complaint filed in Toledo Municipal Court.

Look at the bright side. At least he’s memorable.