The Media has been circling Trump like wolves from Day One. Did CNN accidentally admit their REAL motive?

They pretend to be REPORTING the news. Like they don’t have a dog in this fight.

But we all remember the looks on their faces on election night. They looked like someone had taken their birthday away.

And a montage of the others.

We’ve also covered some of the close connections — whether through marriage, or family relationship, or — like Stephanophalous and Brazile — working for both the Democrats and the networks.

Here’s a teaser from that story, if you missed it: 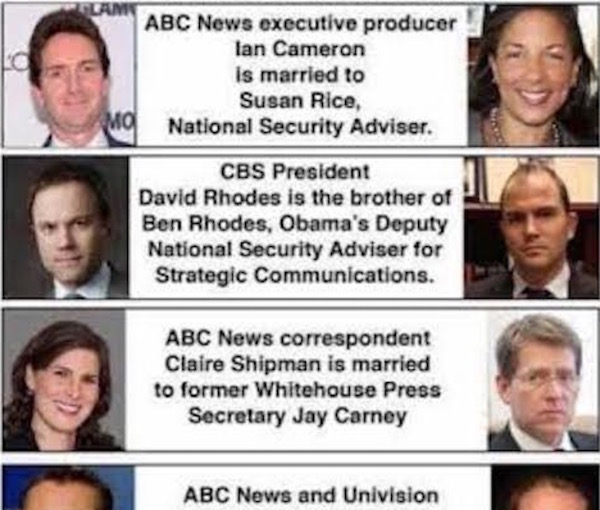 But USUALLY, they know how to play the game. To maintain a pretense of objectivity.

See if you can spot the mistake.

What famed editor Harold Evans wonders about the Russia leak story: "How do we get the Trump voter to believe it?" https://t.co/QWNSzWO21q pic.twitter.com/aJuOP8dfCv

(Famed Editor, if you’re unclear, was a former NYTimes editor.)

Amy Walter saw it for what it was. And answered it.

That's not job of media. Job is to give info & facts not to MAKE anyone believe/behave certain way https://t.co/PIiBvmP6kT

Jake Novak had an article on CNBC suggesting that President Trump is the target of a political coup.

Here’s what I think is the bigger scandal: Someone at the highest levels of government has leaked information to the news media about President Trump’s discussions with Russian officials. That’s potentially a serious crime. And, this wasn’t the first time.

What all of the leaked stories have in common is that they were immediately beset with multiple leaks from highly placed officials meant to deeply defame President Trump. Once again, it’s important to note that a good deal of these leaks may, indeed, be illegal. The Espionage Act bans transmitting or communicating information “relating to the national defense” if the leaker believes the information could be used to harm the United States or aid a foreign nation. And it’s hard to see how these many leaks aren’t helping our enemies.
Read more: CNBC

Is Novak right about an attempted Coup?

Is CNN more interested in pushing opinion than reporting facts? That makes them a political entity.

They are verifiably obsessed with President Trump.

But not in the starry-eyed, ‘thrill up my leg’, drawing-hearts-on-binders way that they were with Barry.

The Washington Examiner is reporting that 92 percent of the airtime is covering President Trump, and 97 percent of THAT is negative.

Here are their visuals: 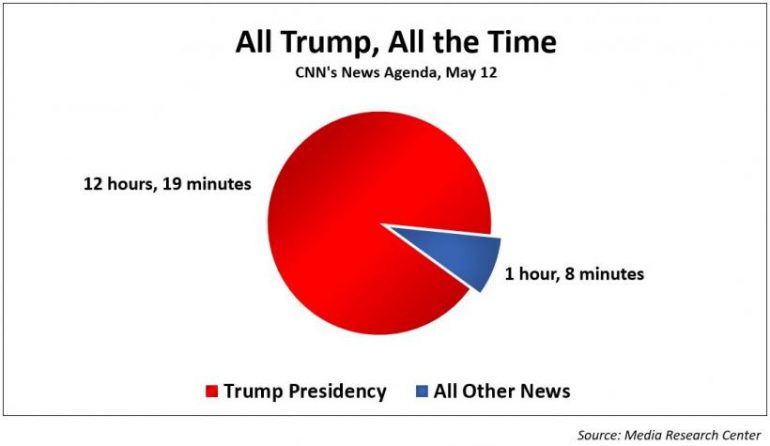 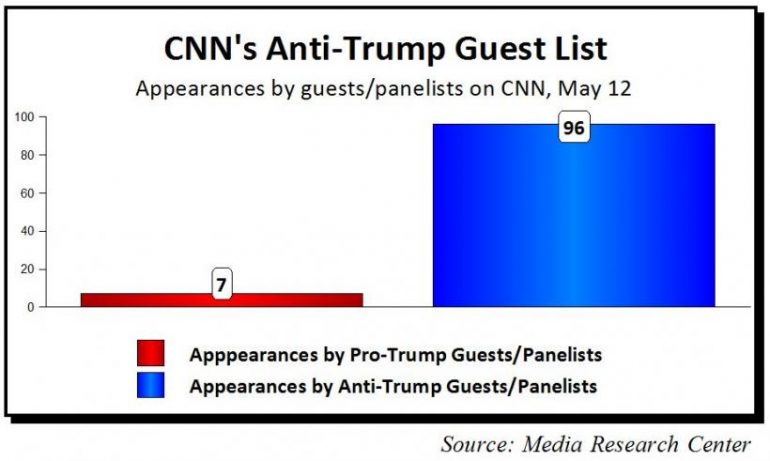 ‘The Most Trusted Name In News’ my @ss!

Is it time for a national discussion whether an expressly political entity should still be entitled to special privileges and protections offered to media?

Has such an entity, that conceals stories damning to their candidates, and embellishes stories that hurt their rivals not abandoned their civic role of reporting, and violated the public trust?

Do you think that the Media is part of a COUP attempt?