The Left is up in arms and calling Woods names. Of course, they are.

It’s apparently totally ok for a ‘news anchor’ to eye-roll the Counselor to the President in an interview.

It would have been totally acceptable to do that to David Axelrod, Pete Rouse, or the ever-infamous, Valerie Jarrett, right?

And all the Leftist celebs shrieking like madmen that Trump needs to be ‘IMPEACHED!’ because ‘Love Trumps Hate!’ because he’s ‘RACIST!’ and ‘White Supremacy!’… that’s all hunky dory.

James Woods, the outspoken Hollywood conservative had a doozie of a tweet regarding the Anderson Cooper Eyeroll over comments by Kellyanne Conway.

Woods, 70, posted the tweet on Friday after Cooper was caught rolling his eyes at Trump adviser Kellyanne Conway during an on-air interview.

Writing alongside a gif of Cooper’s eye roll, the actor wrote: ‘As his butt plug dislodges during a newscast’.
Read more: Daily Mail 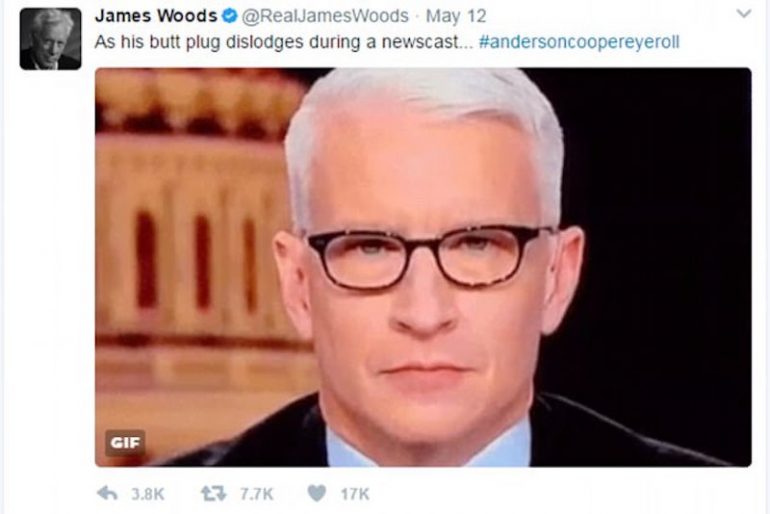 The Leftists like Perez Hilton are shrieking that this is ‘homophobic’. 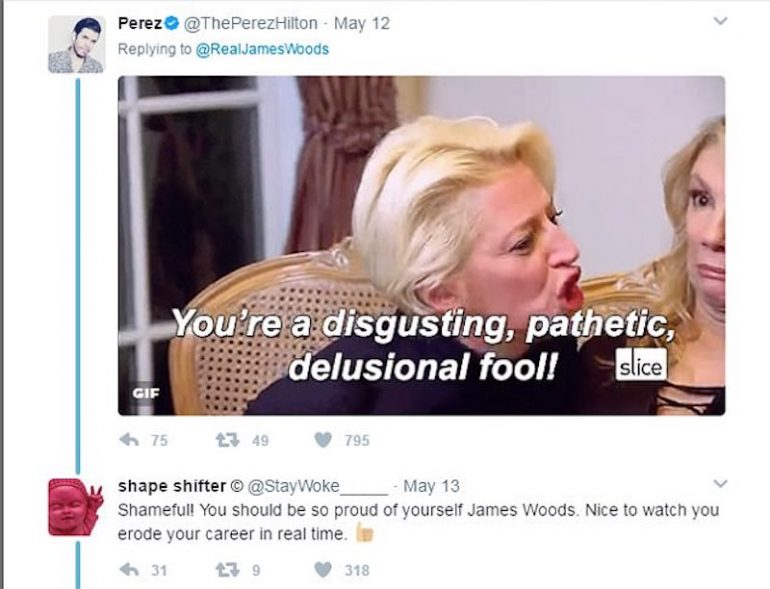 Looks like leftists have lost their sense of humor.

She was never that funny to begin with.

Perhaps the leftist could minimize the outrage and read this to get some perspective: