Since everyone is suddenly talking about him, it would be good to know a thing or two about him, right?

You’ll be talking about him at the water cooler. But he’s been out of the public spotlight for awhile. Did you even know his name before last weekend?

Here are a few fast facts to get you up to speed:

A week before 9/11 he was confirmed as FBI Director. He served there for 12 years.

He has enjoyed bipartisan support

He was first confirmed by George W. Bush. He was given an extension by Obama until such time as Comey filled his position.

He served with the Marines in Vietnam

He was awarded a purple heart.

He threatened to resign over wiretapping issue in 2004.

Rather than flaunting the limitations of his position — and playing the showboating drama queen like his successor did — Mueller was ready to fall on his sword rather than implement an unjust law. At issue? Unconstitutional Wiretapping.

(Hmmm…. We might have a suggestion or two about something else Mueller could look into after he wraps up this investigation.)

There are at least two quotes of his that may lend a little confidence that he will get to ACTUAL facts, rather than be pressured into a specific finding by endless public and media outrage. 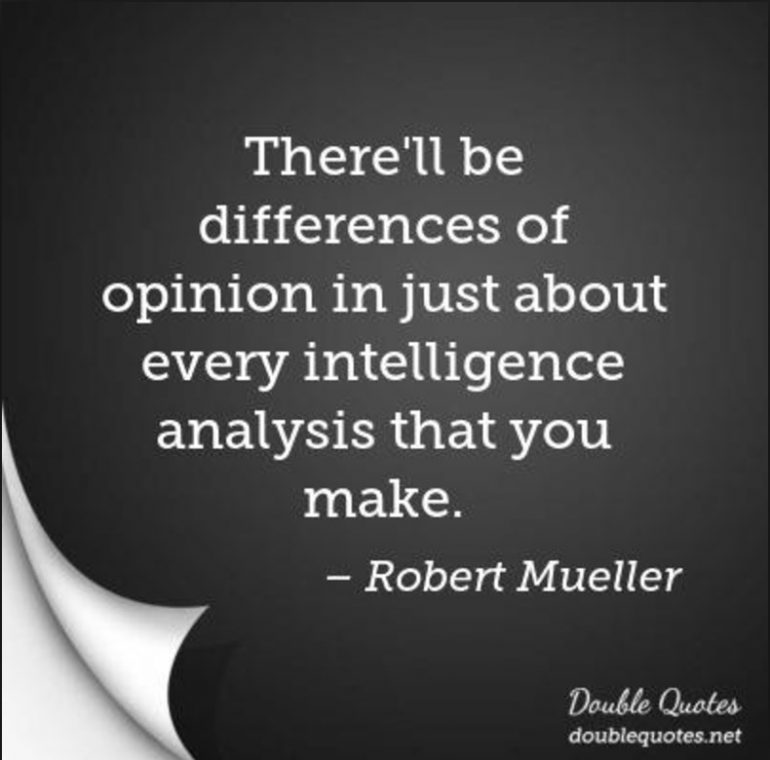 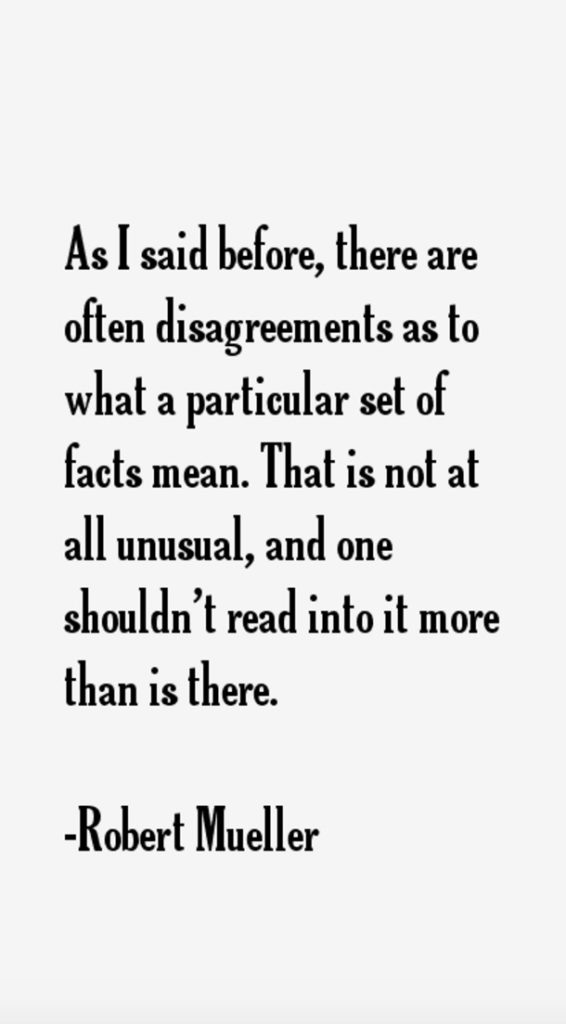 The die is cast. Here’s hoping America doesn’t crap out over this. Because you KNOW they would never have demanded this over Hillary.

Having something like this at the outset of an administration? You thought there was tension between the heartland and the coasts before. That was nothing.

What kind of a caustic precedent does THIS set?