He looks strangely familiar… It’s hard to tell with that thing on his head, though.

That photo looks so angry.

How about a different shot? 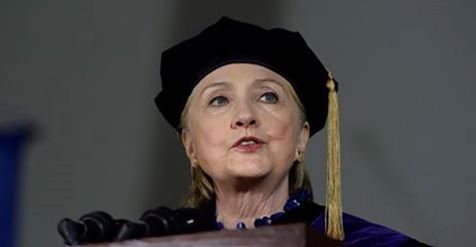 Is it John Calvin? 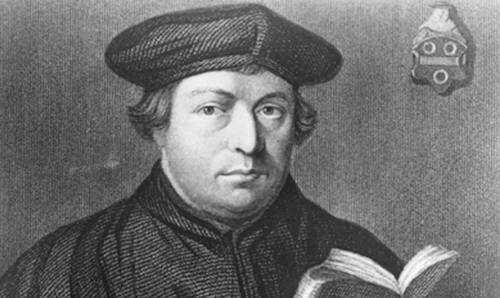 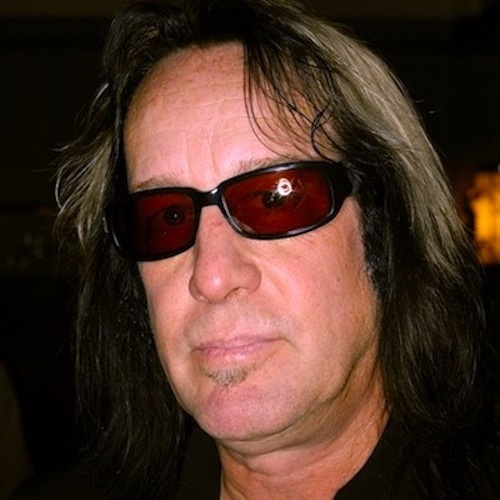 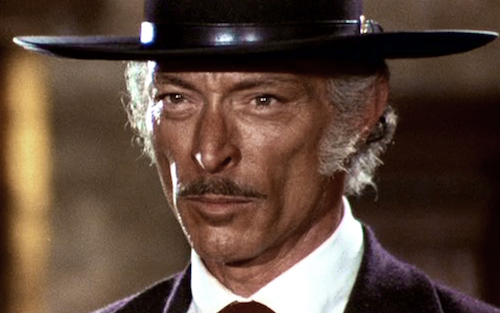 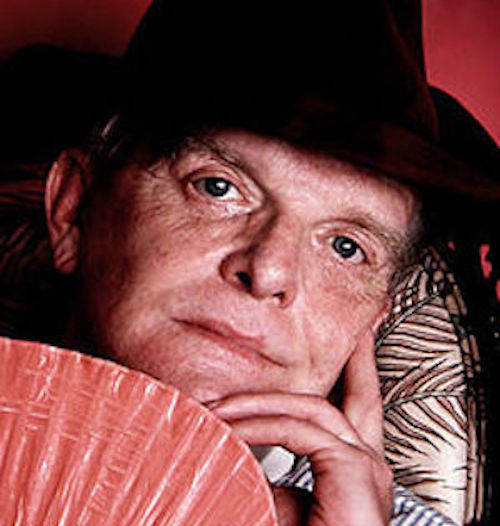 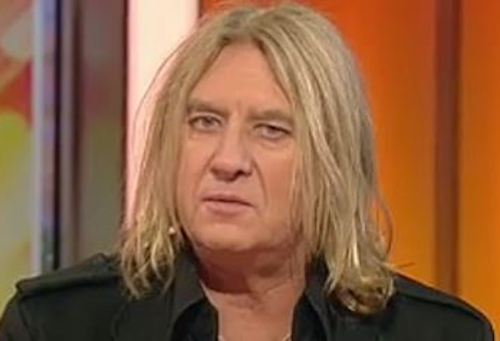 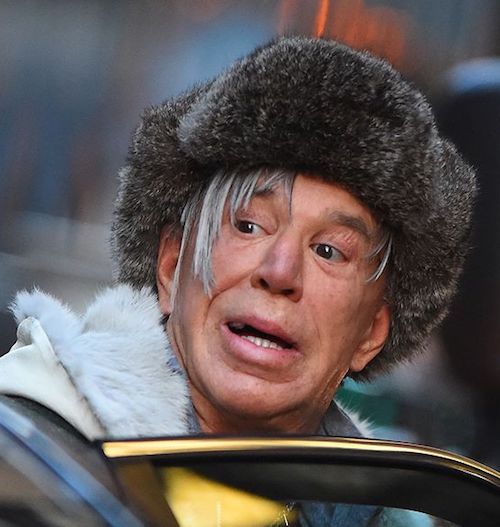 Rodney Dangerfield? (There is a striking resemblance, don’t you think?) 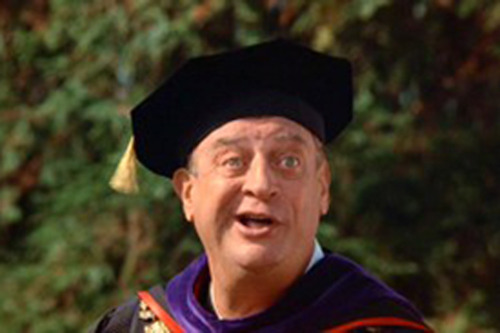 Wait… Is that Hillary?

I think it is.

Ursula the Sea Witch from The Little Mermaid: 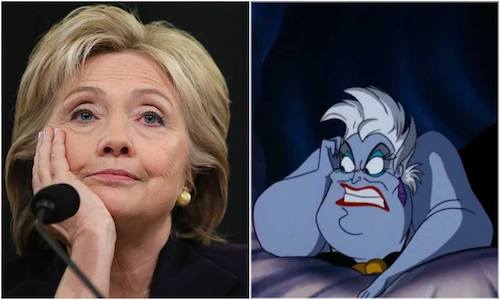 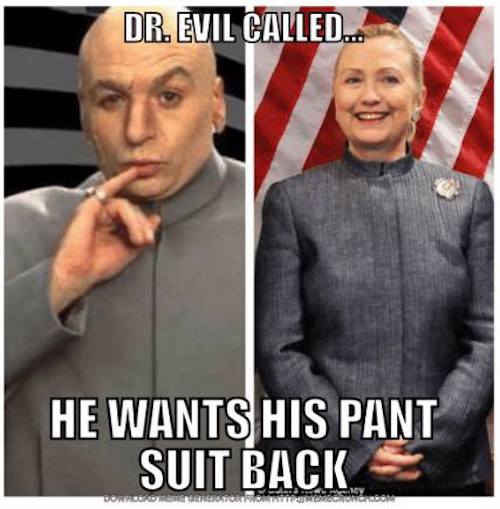 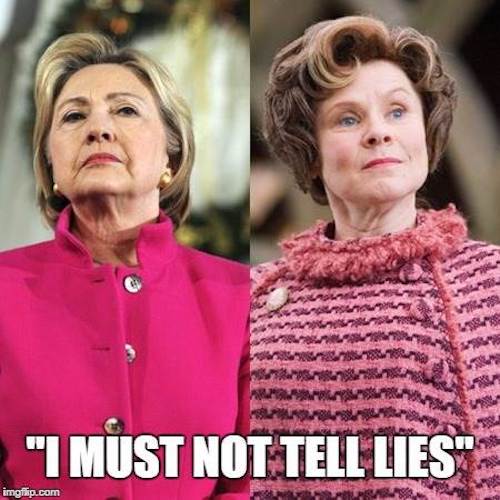 Yep, that’s coughin’ Hillary in what looks like Monica’s beret — how awkward.

Who wore it better? 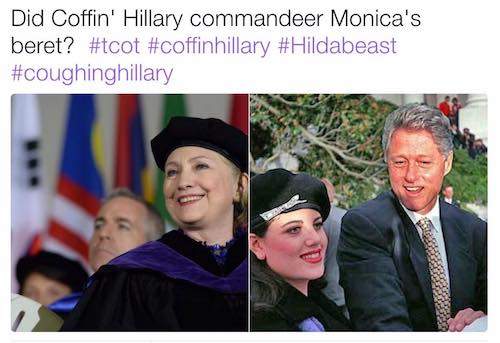 The answer to those questions is always ‘Not Hillary’.

Well, Mr. Hillary was at Wellesley College, her Alma Mater to give speech to the graduating class. She couldn’t resist to include the latest popular rhetoric: ‘Impeach Trump!’

Since most Leftists don’t understand the way our founding documents actually work, she probably doesn’t know that if President Trump was impeached, she still wouldn’t be President.

And for Hillary of all people to say the word impeachment since it was her husband that was the last President to be impeached is rather hilarious, don’t you think?

Hillary explains how fulfilling her life has been since losing in November:

She was referring to Nixon and Watergate.

You’d think she’d remember — having been on the legal team assisting in the investigation of the President — that Nixon wasn’t actually impeached for ‘obstruction of justice’.

No, that honor was reserved for her husband, Bill.

Then Hillary goes on to say that ‘when people in power invent their own facts and attack those who question them, it can mark the beginning of the end of a free society’.

How about all your assertions that there were external forces that made you lose the election rather than your horrible policies, constant pandering, and general unlikability?

Maybe the lying is getting to her.

She started coughing uncontrollably again, this time blaming ‘allergies’ and/or ’emotions’: (Make sure you watch all the way to the end!)

Aren’t you glad we didn’t end up with that mess as President?