When Kathy Griffin did her publicity stunt, most of the civilized world agreed that this was hitting a new low in ‘civility’.

And Melania showed the world that she’s the better woman.

She actually put into PRACTICE the value the Left — Hillary and Michelle — pretended to represent. They even made it into a little song. “They go low, we go high.” Pretty catchy, even if it’s a lie.

Yeah. They can TALK about doing that all they want. Here’s how it looks when someone actually DOES it in real life. (Are you taking notes, Michelle?) 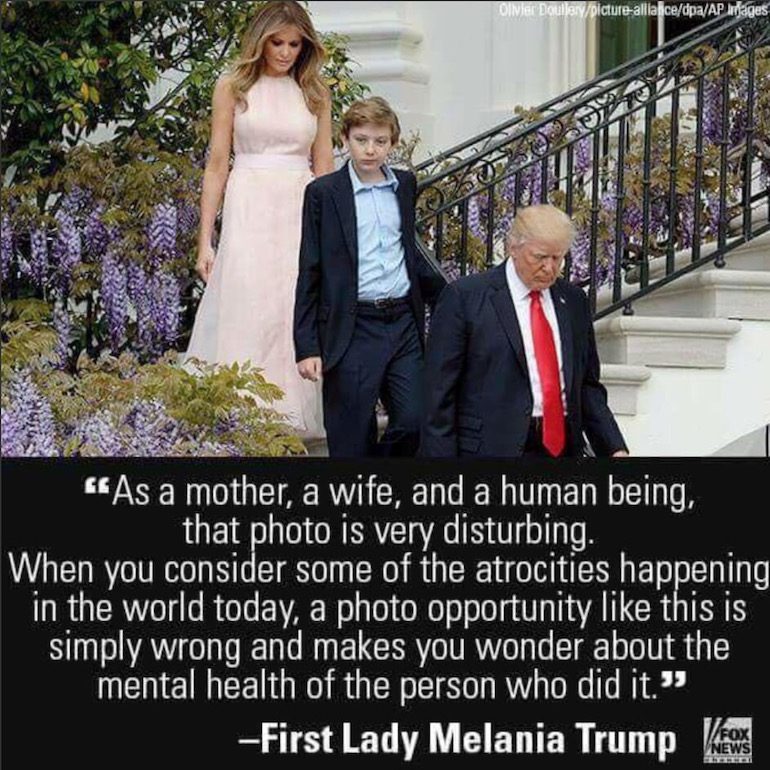 If you still think the Jihadi photo and Leftists mocking Trump’s son was somehow justifiable, you need a mental detox. You could start here: