With the election of Donald Trump as President, a new violent activist group became a household name. ‘Antifa’.

They pretend to be ‘anti-fascist’. The only problem with that is their authoritarian streak and their nasty habit of violence toward anyone who doesn’t share their values.

So if you are so-called #Resistance… These are YOUR political brownshirts. YOU are the fascists.

Like the London Attackers, they brought knives. That reporter almost lost an ear. He DID lose a wallet (it was stolen) and his cameraman (who lost 3 teeth) also had his camera stolen.

I guess we can call this #ANTIFA ear. Stay vigilant #Ottawa, Antifa has knives this time. pic.twitter.com/VDGBNMZshr

Here’s what Antifa said about it…

Follow his twitter feed for a really interesting back-and-forth between him and his attackers. The spin we see with Canada’s left-leaning media is pretty noteworthy, too.

Here’s a sample of it: 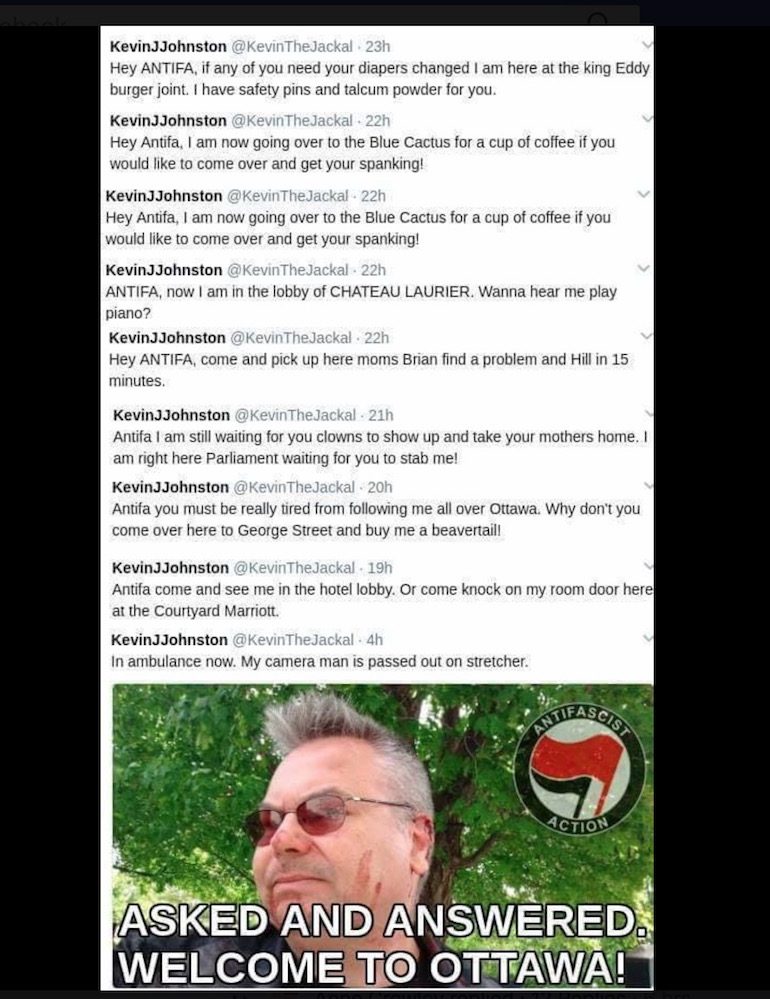 A Canuck who isn’t easily intimidated. It looks like the Right is starting to find their courage on BOTH sides of the Atlantic. That’s good news

This may have unfolded in Ottawa, but we’ve often seen the same story play out here.

Is it finally time to call Antifa what they REALLY are… ‘Domestic Terrorists”? And should we treat their networks and partners the same way we treat those who finance terror?

Is it finally time to call Antifa what they REALLY are... 'Domestic Terrorists"?