This is how you turn a Class Yearbook into a First Amendment issue.

Q: What kind of moron thinks it’s a good idea to photoshop school photos just because they don’t agree with someone’s politics?

This clip shows the most outrageous example of the photoshopping.

A New Jersey high school has censored out mentions of Donald Trump in their yearbook and now the school is investigating the ‘possible violation of First Amendment rights’.
One student at Wall Township High School in New Jersey had submitted a Donald Trump quote that wasn’t included with her picture.
Two others had Trump logos on their clothes either cropped or edited out of their pictures.
Now those students’ parents are calling for the yearbooks to be re-issued and the school superintendent Cheryl Dyer has said she is looking into ‘an allegation of censorship and the possible violation of First Amendment rights’, according to Montana Dobrovich-Fago, the freshman class president, had submitted a Donald Trump quote to go beneath her picture.
But when she got her yearbook on Wednesday, the quote wasn’t there, even though the other class presidents were included, even the senior class president’s quote by President Franklin Delano Roosevelt.
She told WABC her submitted quote was: ‘I like thinking big, if you’re going to be thinking anything, you might as well think big. By Donald Trump.‘

Here’s the shirt with the Trump logo missing. 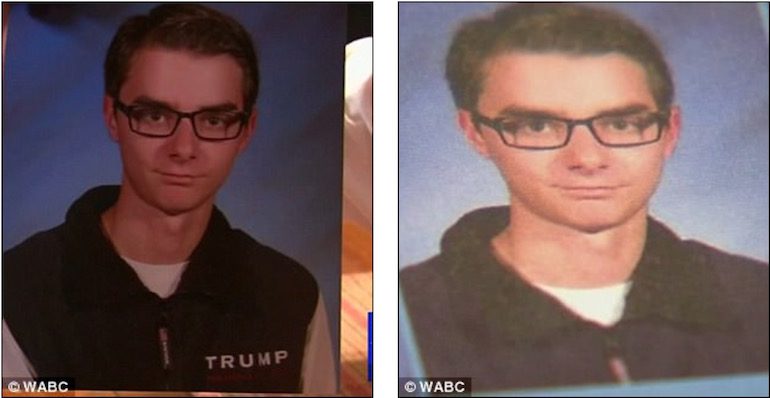 Here’s the yearbook photo with the quote missing. 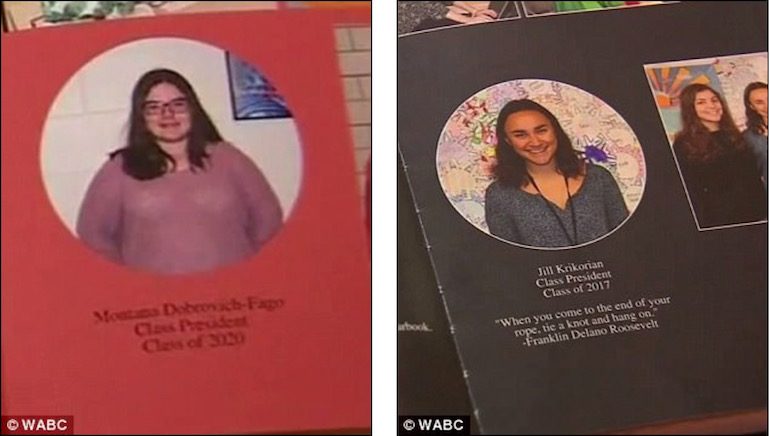 If there’s an upside, maybe this will be a lesson in the First Amendment that will linger with the fascist snowflakes who thought they had a right to curb other student’s free expression.

Either that or they’re just a couple of short years away from becoming paid protesters dressed in black.

They should really get their hands on a copy of this: