And he WONDERS why CNN was demoted to the back row? THIS is why!

Why? Because it’s a lie. 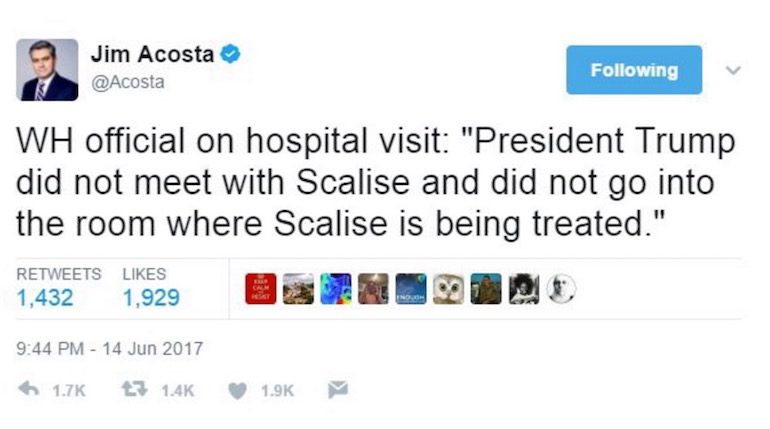 Here he is backpedaling and passing the blame…

Here's a screen grab of the TV pool report that incorrectly stated that POTUS did not see Scalise at the hospital. WH later said POTUS did. pic.twitter.com/VI4ADsepDn

Oops. He got called out! 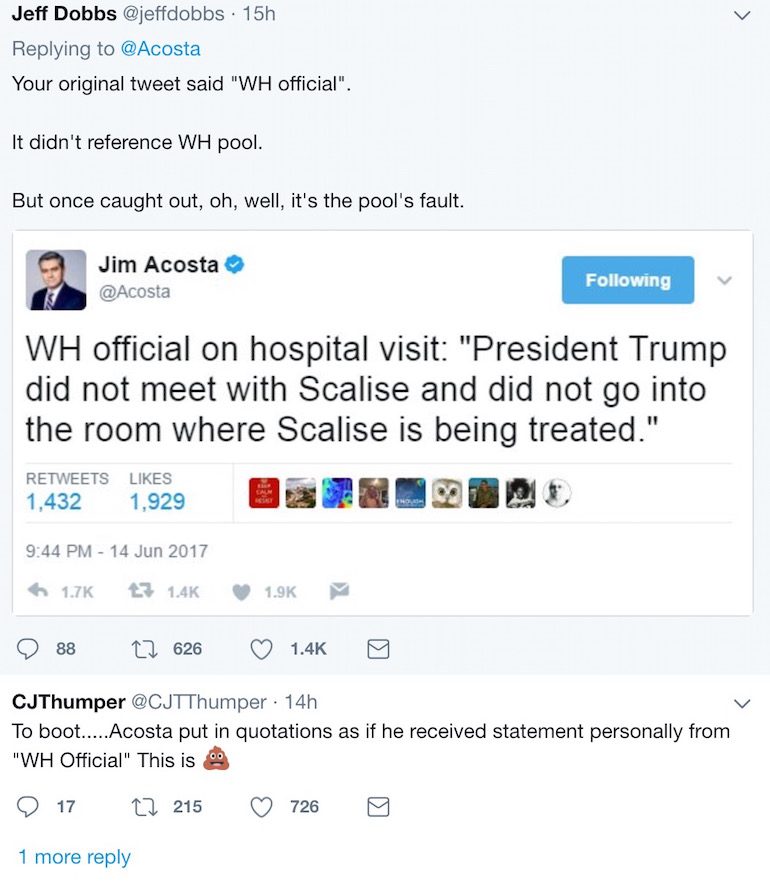 When it’s the story you WANT to tell, you don’t even PRETEND to maintain journalistic skepticism anymore.

It is exactly THAT … not the network, not even the stories themselves… but your narrative and bias… that defines you as ‘fake’.

If you don’t like the label ‘fake’ you could swap it with our OTHER name for you… Media (D).

NOW do you understand?