Wanna have some fun?

Oops! There goes the narrative!

CNN asked a question. They probably thought it was one of those ‘gimme’ questions.

They probably wish they hadn’t.

Should Trump be investigated for Obstruction of Justice?

Here’s a screen shot of where it stands at the time we are reporting this: 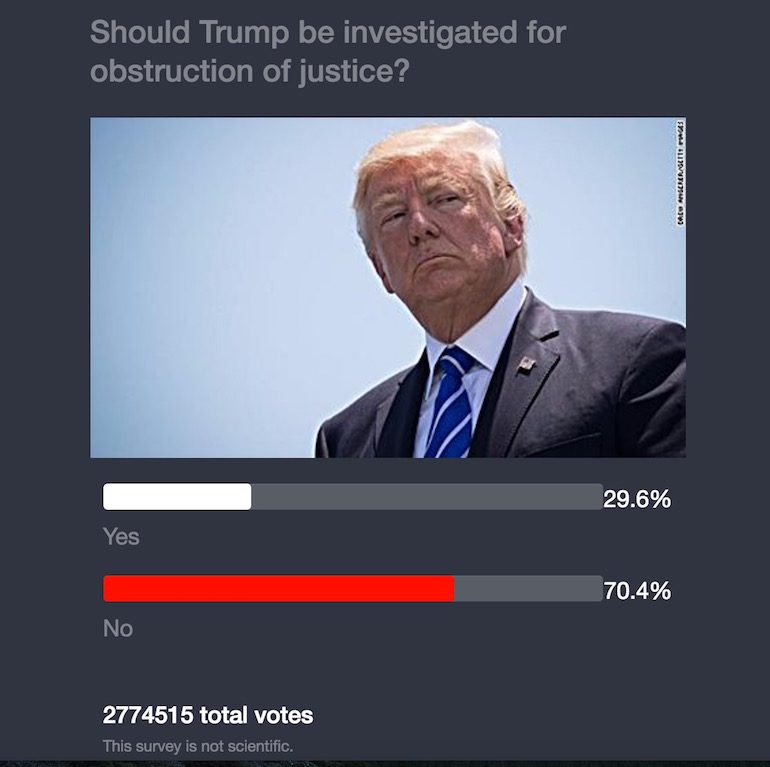 Seventy percent are saying NO.

The poll isn’t scientific, you say…

Should Trump be investigated for Obstruction of Justice?

And NOW… have your say on CNN’s poll by clicking HERE.