With the people of London already on edge, there’s been another apartment fire. Was it coincidence, or deliberately set?

There have been several high-profile attacks in the last few months. And there was the Grenfell Tower Inferno.

So far, we have been seeing such incidents as unrelated. And all indications of the BIG fire point to a faulty fridge, and problems with not building according to fire code.

But the fire itself was a major event. And now we’ve seen another apartment fire.

‘This building today is not a high rise and we don’t want to get into speculating on the cause but there is a general mood of anxiety – why is this happening, how are these fires happening?
‘We expect regulation to work and in Grenfell tower’s case they can see that it hasn’t.
‘People are being incredibly calm, this is a community that is very resilient so they will support each other – there are lots of strong connections and neighbourliness around here.
‘But you can’t get away from fact people are very anxious and upset at scenes that they’ve seen in recent weeks following the Grenfell fire.’ 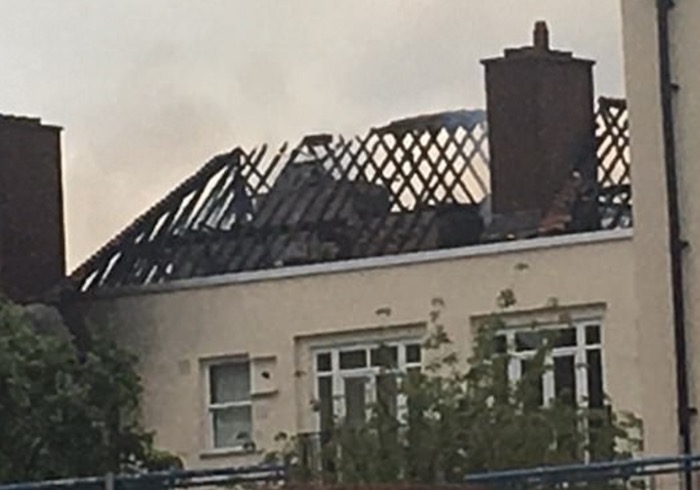 Even if the original fire was innocuous, hostile agents are always adapting their strategies for maximum effect.

Have they looked at the devastation of the Grenfell fire, and turned copycat?

What could be more unsettling to an urban population than questions about how safe they are asleep in their own beds? And fires are both simple to start, and exceedingly dangerous once they’ve gotten out of control.

Those ‘difficult conversations’ May was saying we need to have are already going on. Click it to join in: