Where are those ‘This is what Democracy Looks Like’ Protesters now?

It’s time to put up or shut up.

There’s a great big world out there besides whatever the latest Get-Trump #Resist piece our intrepid ‘news’ networks will be pushing today. Of course, THEY would never tell you that.

But while self-absorbed Celebrities assure themselves that the duly-elected American President is the World’s Greatest-Ever Threat To Democracy (TM) there are stories about REAL threats to Democracy.

The kind that makes our national ‘this is what Democracy looks like’ hissy-fit on the DAY AFTER INAUGURATION look perfectly stupid.

A seventeen-year-old kid (and several others) attended a peaceful Pro-Democracy rally. That was in 2012. 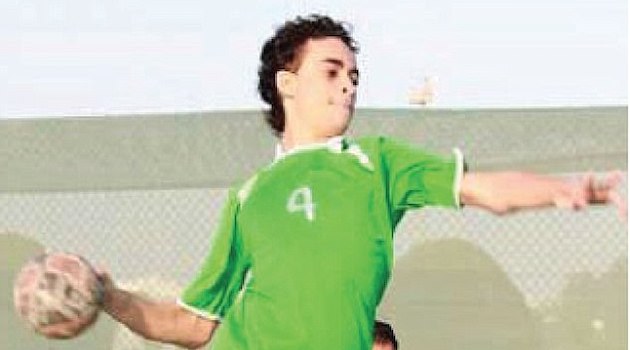 Now he is one of 14 people who face execution in Saudi Arabia.

…[Mujtaba’a] Al-Sweikat was accepted by the Western Michigan University and was flying to the US to visit the school as a prospective student when he was first detained at King Fahd Airport, according to the American Federation of Teachers.

‘Mujtaba’a and others were arrested for attending a peaceful, anti-government protest, for which they were sentenced to death, a despicable violation of international law and basic humanity,’ the AFT said in a statement.

Al-Sweikat was reportedly interested in studying finance in the US.

The group of prisoners set to be executed for attending the 2012 rally also includes Munir al-Adam, who is half-deaf and partially-blind after an accident as a child, according to Reprieve.

…The 14 prisoners were convicted on the basis of confessions obtained through torture, the group said.
The watchdog group said that Saudi Arabia had already carried out 14 executions in the past week, evidence, they claim, of an escalation under new Saudi Crown Prince Mohammad bin Salman.
Source: Daily Mail

Ok, big talkers — here’s your chance to show us what Democracy Looks like.

Take off your stupid knit caps and Antifa masks and actually STAND for something — if you can.

Show us what great defenders of Democracy you are. This guy was making his way to AMERICA… but might never get to see the Land of the Free because he attended a pro-democracy protest in Saudi Arabia.

Let the irony sink in.

Had he made it onto that plane, he’d be a free man. But now, because he didn’t make it to the place YOU claim is under a Jackboot — he might be formally beheaded by the state.

He is on the brink of being executed in a land under the very rules you so-called ‘Antifa’ protesters and Cappuccino-swilling blowhards tell us not to criticize.

Saudi Arabia is an Islamic State.

And these people are about to be killed for supporting freedom.

Have you gotten a clue yet?

And THIS is the value system the Left has been pressuring us to import in massive numbers. Criticism of it is ‘Islamophobia’.

You Leftist protesters are frauds.

You show up for whatever cause your event organizers call you out for — often for pay — and pass yourselves off as true believers of ‘the greater good’.

You want a hashtag campaign? Try #NoMoreBeheadings or if you prefer, #JusticeForMujtaba

You want a meeting point? How about the Saudi Embassy?

Let’s see if there’s really any ‘Virtue’ behind all that signaling.

Maybe you could shame Linda Sarsour into leading it. She loves to march for causes. And she told us how GREAT Saudi Arabia is, what with their maternity leave.

Mujtaba’a and the others peacefully supported democracy and could pay for it with their lives.

Leftists are constantly on about ‘unity’.

If we could get it together so that people aren’t dying for the right to live in a democratic society in 2017, that would be a great start.

And it’s not just Saudi Arabia. North Korea is pretty nasty, too.