President Trump praises military, calls for more resources to what has been an under-funded military.

This was a moment for Trump to both address the money side of military readiness, and also to make a statement about our military itself.

He criticized what he called a lack of investment in new military technology and “a shortfall in military readiness” under the previous administration.

“It’s been a very, very bad period of time for our military, that is why were reached a deal to secure additional $20 billion for defense this year and it’s going up and why I ask Congress for another $54 billion for next year,” said Mr. Trump. “Now we need Congress to do its job and pass the budget that provides for higher stable and predictable funding levels for our military needs that our fighting men and women deserve, and you will get, believe me.” — CBS

By all accounts, this is one hell of a boat.

The U.S. Navy’s new aircraft carrier is the most advanced in the world, carrying more aircraft and weapons than ever before.

The USS Gerald R. Ford is $13 billion futuristic ship complete with a gigantic flight deck and a new electromagnetic system to launch aircraft. The state-of-the-art tech and operational systems mean aircraft will be able to take off faster to get to the fight quicker.

At 1,100 feet, the new Ford carrier is about the size of three football fields. — Read an in-depth description of ship specs here: Fox

And it should be pretty awesome, for that price tag.

Susan Ford gives orders for the USS Gerald R. Ford
“No one who would be prouder of commissioning than the president of the United States, Gerald R Ford. On behalf of the 38th president and as your ship’s sponsor, I am honored to give the command,” said Ford’s daughter.
“Officers and crew of the USS Gerald R. Ford, man our ship and bring her to life!” Ford commands, officially setting the warship on its path to sea. CBS

What did President Trump have to say about it?

“When it comes to battle, we don’t want a fair fight. We demand victory and we will have total victory, believe me,” Mr. Trump said of the powerful aircraft carrier.

“American steel and American hands have constructed a 100,000-ton message to the world,” he added. “America’s might is second to none.”

That is exactly right.

It is also exactly what we would Never have heard from a President who ‘leads from behind’. 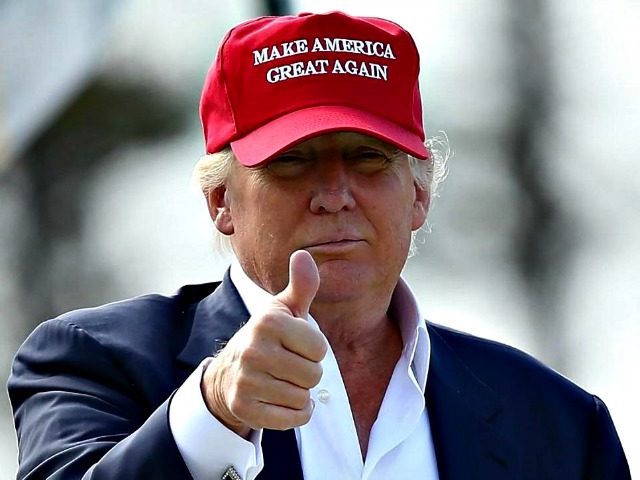