This is why we can’t have nice things.

However does one know which windmill to tilt at?

We’ve got race-baiting alarmists freaking out about Walking Dead shirts in one corner. (They actually had them pulled from stores. Seriously.)

And now, Chicken is ‘homophobic’. 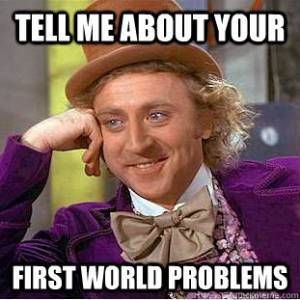 Because everything is oppression now. Like this little gem:

There is a petition against Chick Fil A (the ONLY late night restaurant open at Youngstown State University campus).

A petition is demanding that Youngstown State University the Chick-fil-A on campus, saying access to late-night chicken “adds to the negative experience of LGBT students.”
Despite acknowledging that it is the only restaurant on campus open in the evenings, the petition says that the company’s donations to ‘anti-LGBT organizations’ is an insult to its students. — Read More: Campus Reform 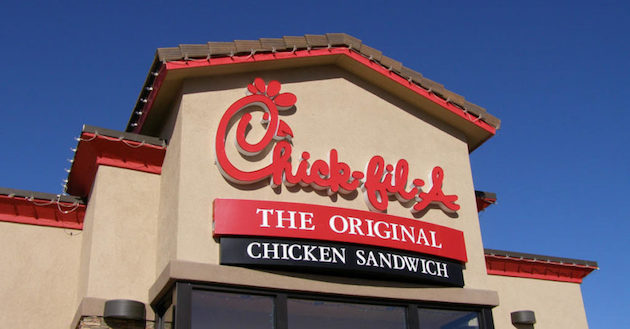 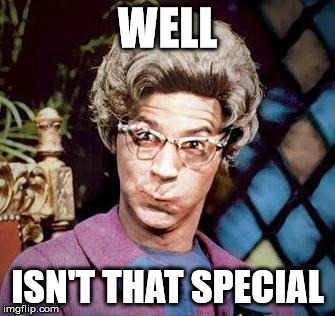 Translation: The CEO of your company does not share my politics perfectly, so we’re going to destroy a franchisee’s business, and put the employees (probably students) out of work.

May I remind you that this whole Chick Fil A witch hunt began when someone with an LGBT ax to grind read an interview by the Christian CEO (gee, they’re a restaurant that’s closed on Sundays… what was your first clue that his faith might inform his beliefs).

It was a real ‘shocker’ when he came out and said he didn’t support the idea of same-sex marriage, was it?

(There are any number of reasons to oppose same-sex marriage. Here is a story about a homosexual couple who took a public stand against it.)

But as the Left always does, they needed to weaponize their politics, to destroy it with typical Alinsky zeal. (Only, Chick-Fil-A wasn’t as easily destroyed as, say, a Christian Bakery was.)

They were too big to bully. In the end, the only person who was ACTUALLY hurt over this was a security guard at the Family Research Council. It was a group that supports traditional family values, and had been dubbed an ‘anti-LGBT hate group’ by the actual hate group ‘Southern Poverty Law Center’.

As a result, one mentally unstable supporter of the LGBT cause took SLPC at their word, filled a knapsack full of Chick-Fil-A sandwiches and went for blood in the FRC. A security guard was shot.

What doesn’t get talked about is the fact that they don’t actually discriminate against anyone. n Here’s a quote that — to hear the critics drone on about Christian ‘hate’ shouldn’t even exist.

Another group staying mostly silent on the issue are the gay, lesbian and bisexual employees who staff the restaurants. They say that, like most employees of the company, they aren’t allowed to speak to the press.

For these employees, the last couple of weeks have been very difficult. — Huffpo

But the butthurt about Chick-Fil-A continues, all these years later. Even agnostic homosexuals are saying ‘get over it’.

It’s time to take a page from the Christian playbook and forgive Chick-fil-A.
I’m an agnostic queer woman who, of course, takes issue with Chick-fil-A’s anti-gay past but the company has moved on and we should, too.
There are bigger fish—nay, chickens—to fry. — Daily Beast

(That article was dated 2015. She’s moved on, but these campus activists have not. If you’re in University and complaining about what happened in 2012, you’re not even nursing a chip on your own shoulder. You’re borrowing someone else’s. Because 5 years ago, many of these bend-out-of-shape University protesters hadn’t even hit high school yet.

Go find a REAL problem in the world to fix. There are enough real ones to go around.

Mentor someone without a parent…

Help out in a homeless shelter…

Organize a food drive for your local food bank…

Read to the blind…

No, those things all involve doing good, without attacking anyone. (Speaking of ‘doing good’ Chick-Fil-A made the news a couple of days ago, for all the Right Reasons.)

And actual acts of compassion don’t even fit in the modern Social Justice Warrior’s grid.

There are exactly the sort of self-absorbed me-monkies this book was written as a social counter-weight against.