Yes, this is a real question.

Which First Lady is more winsome?

‘Winsome’ meaning attractive — not just physically, but also with personality. Likability, you might say.

The current First Lady with her chic sense of style, fluency in 5 languages, commitment to family, and gratitude to be a naturalized U.S. citizen?

The former First Lady that said that the White House was built by slaves, wasn’t ‘proud’ of her country until her husband was elected, lost all ‘hope’ when Donald Trump was elected, lectured on nutrition constantly and pushed a disastrous school lunch program, and half the time dressed like her personal shopper had a seeing-eye dog?

I think this one is a no-brainer.

Unless you’re on the Left.

But then, I guess, it’s still a ‘no-brainer’, amirite?

Melania and Ivanka Trump stepped out in Warsaw for the first full day of President Donald Trump’s visit to Poland on Thursday.

The First Lady, who touched down on Air Force One last night, met with her Polish counterpart Agata Kornhauser-Duda at Belweder Palace. She looked polished in a printed midi-dress teamed with purple suede heels and her signature glossy blow dry…

Look at Melania rock a trench coat coming off the plane in Poland: 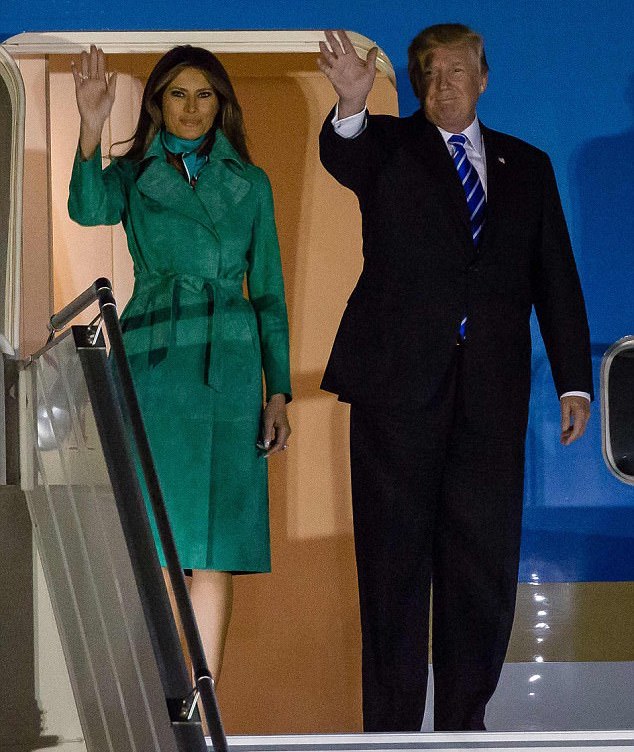 And here she is with the President in a stylish color-block dress: 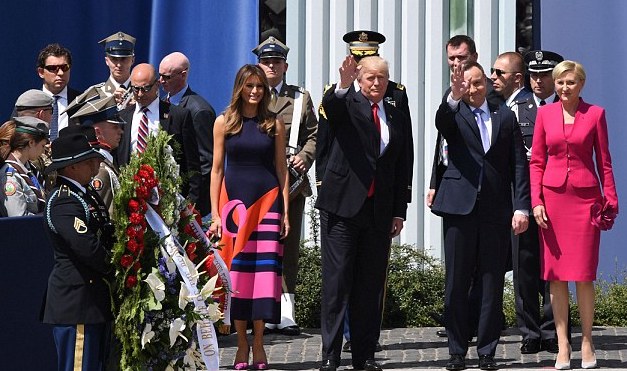 Could anyone forget the vision that she was in her powder blue Inauguration Day outfit:

And here’s Michelle in uh… something: 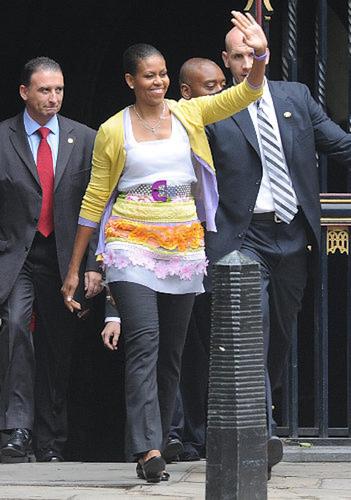 And rocking a… WWE belt? 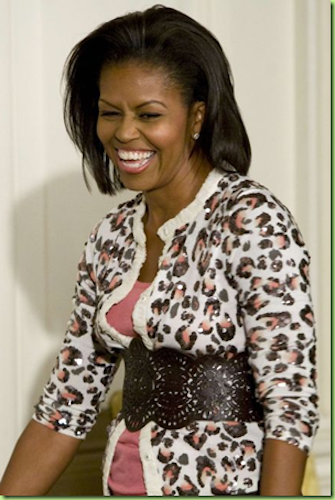 In the course of preparing the article, Michelle’s poor taste in clothing made it difficult to determine if it was an actual outfit of hers or photoshopped.

We know that this one was not photoshopped because even the darkest minds couldn’t do this to a political enemy: 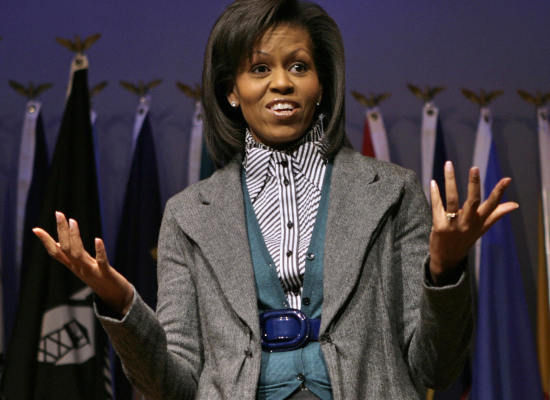