This lovely, black conservative lady asks the tough question. Do Democrats have an answer?

The Democrat policies often touted as there to ‘help’ the Black community are often the very policies that keep them in the cycle of poverty and lack of opportunity. They do nothing but create dependence on the state, and in turn, the Democrat politicians that are the advocates of Big Government.

Promote school choice? ‘No, that’s racist!‘ shout the Democrats. Actually, competition would break the Teachers’ unions (Democrat supporters) that keep bad teachers employed. Allowing for school choice would mean that all children would be given the opportunity to get a great education. Even ‘failing’ schools would be forced to improve or close. The same problem that exists in the VA exists in public schools. President Trump is remedying that. It’s time that education is handled the same way. 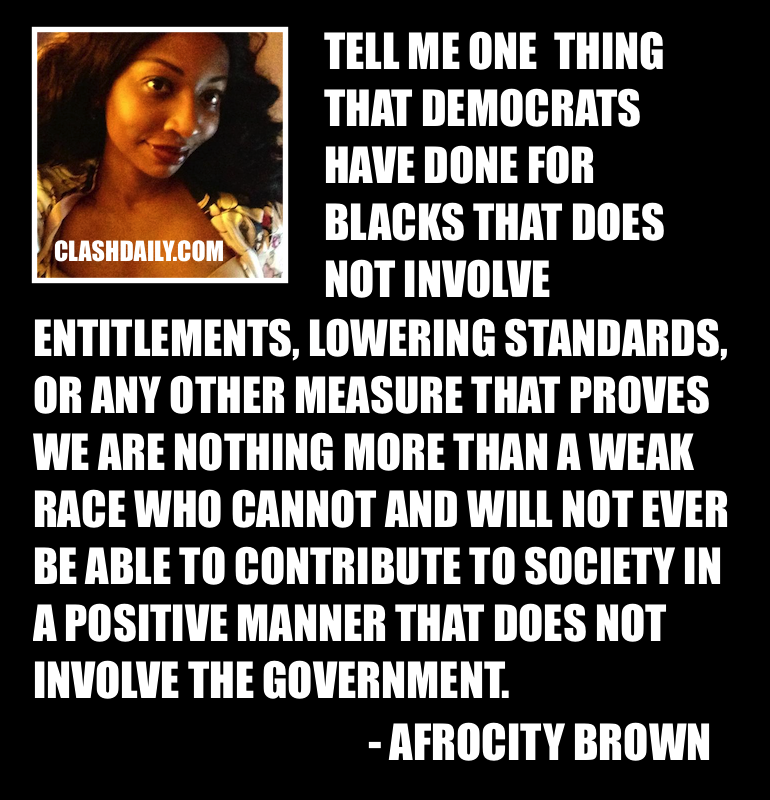 And you could look at many policies that way:

Abortion — Despite making up about 13 percent of the U.S. population, 35.6 percent of abortions are performed on black women

Unemployment & Welfare — the lack of opportunities available can result in receiving welfare benefits and the inability to get off of it. This creates a vicious cycle of dependency.

We could go on and on…

Democrats just don’t have a very good history caring about the plight of Black Americans.

They keep remiding us of their history, even if it’s done unintentionally.

To be honest, they haven’t changed that much in decades.