This woman’s gut instinct probably saved her life from this troll. But ‘gut instinct’ won’t always be enough.

This guy is a special kind of messed up.

He invested a lot of time and energy into trying to find a Paris-Hilton lookalike and tricking her into being alone with him in a dangerous situation.

He spelled out elaborate rape fantasies. Catalogued something like 200 agents, who they worked for, what they looked like.

His diary entry was straight out of a horror movie.

“I truly enjoy the hunt and cannot wait for my prize,” Yeager wrote. “If you are reading this I found a realtor woman and raped her. I have been planning and have wanted this my whole life.” — Fox

You’ll be happy to know he’s rotting in prison. He pled guilty to rape charges.

He tried to set up a showing with the female agent he had selected, but she did not enter the house with him, feeling uneasy. (Good call! It probably saved your life!)

He went in alone, and then called the office with a ploy to get her into the house — claiming to have found a water leak.

The woman did not trust Yeager and declined to go to the residence with him, police said. Yeager left when a male co-worker appeared in her office.

When police investigated, they said they found a “rape kit, two handguns, four knives, a metal chain and rope” in Yeager’s car, according to the New York Daily News. — Fox

Back to that diary entry for a moment — really?

Something you’ve dreamed of your whole life?

Sure, we get that your face looks like a ransom note. Your features don’t quite belong together thrown onto one face. (Judge for yourself.) 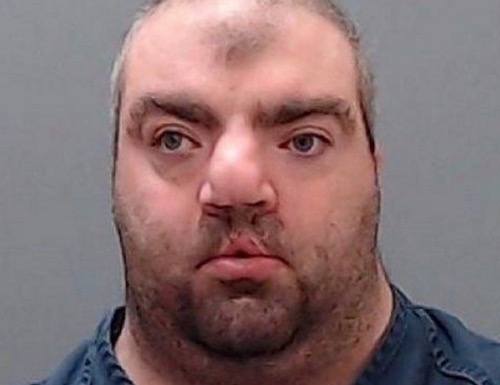 But that doesn’t justify RAPING someone because you think the world OWES you something.

You miserable little jackass. Do you even realize that you are no better than ISIS?

If you were a REAL man, you would have stepped up and improved yourself, made yourself more appealing to eligible ladies.

Now the only action you’ll be getting is prison sex.