Jailed for a joke? Do you still think those ‘hate speech’ laws are a good idea?

Facing prison time, and he’s having trouble finding a lawyer.

In America, there is this thing called ‘free speech’. It’s under attack right now, with people demanding that certain violations of PC speech become criminalized… but for now, free speech is still the law of the land.

And there’s another right we take for granted in the States: The right to an attorney.

Not so in Scotland. Not for the comic who taught his girlfriend’s dog to do this: 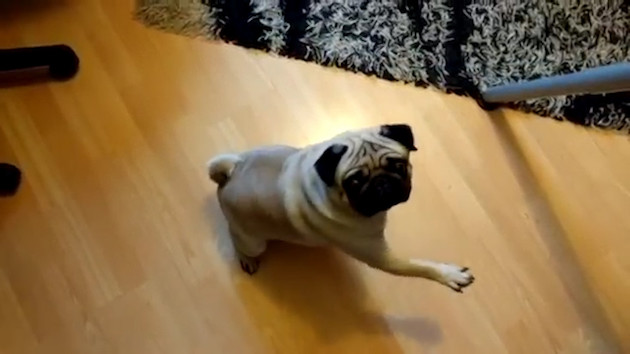 All of this nazi pug business has been blown into a way bigger deal than it needs to be. #nazipug

(Do authorities even KNOW that dogs can’t actually be Nazis?)

Scottish comedian and YouTuber Markus Meechan, better known as Count Dankula, is facing a year in prison for recording and uploading a video where he taught his girlfriend’s pet dog how to “seig heil” on command. As Heat Street reported earlier this year the viral video did not amuse Scottish police, prompting his arrest.

“I think everything can and should be joked about,” […] “I’m still trying to find the humor in it, laughter just makes it easier to deal with.”

On Wednesday, Meechan posted an update about his case. “Legal aid application was rejected,” he posted on Twitter. “I’m f*cked.”

One year in prison. For hurting someone’s feelings with an off-color joke? There is an assumption that it is inherently offensive. Here’s at least ONE person who ‘could’ be offended that isn’t.

The most aggravating thing here is being a jew and see it being done in your name.#freecountdankula #freepewdipie #learntotakeafreakingjoke

…Support for Meechan’s right to free expression has garnered attention from YouTubers and celebrities, including conservative actor Adam Baldwin who tweeted “#PoliticalCorrectnessIsEvil” with a link to the crowdfund.

“When making a shit joke lands you jail time, you know that you really aren’t living freely,” wrote Bunty King. “Help this man.”

YouTuber Dave Cullen echoed his remarks, writing: “Really important one here guys. If this guy goes to jail for a joke, Scotland is in trouble.” –read more

Whatever happened to that reputation Scotland used to have? Rowdy, unruly and the exact OPPOSITE of politically correct? 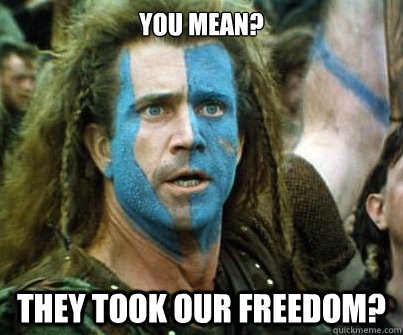 Yep. Sure looks that way, William.

You know who DIDN’T have trouble finding lawyers in the UK?

When 29 sex traffickers can get a lawyer to help them avoid deportation, but a comedian that makes a joke about a pug and Hitler can’t get one to avoid jail, we’ve got serious issues.

As soon as you lose ABSOLUTE free speech… you don’t really have any at all.