Now that the White Supremacists have received the contempt they so richly deserved… let’s talk about that OTHER group.

No doubt about it.

The dirtbags who tried to mainstream themselves by pretending to be like us needed to be shouted down, shunned, and denounced.

Not by paid protesters on the march, but by those of us whose party they are trying to claim membership in.

They do not support our values or principles at all.

Equality under the law. Limited role of government. Maximal personal freedoms. Respect for the Constitution.

Basically the opposite of what the leaders of their ‘movement’ really want. In short, they’re ideologically Democrats who wound up backing the wrong side in the Identity Politics war the Left has been waging.

The only reason they believe themselves to be on ‘our’ side is that they see we are fighting against the race-baiting identity politics agendas of the Left. They think the enemy of their enemy is their friend. They are wrong.

They are wrong because Racist White people and Racist Black people are BOTH part of the SAME Cancer eating away at the fabric of our Nation.

We on the right tend to embrace the message of MKL’s ‘I Have A Dream’ Speech. Racists of both colors have abandoned it for the identity politics of Malcolm X.

‘Thought-leaders’ on the Right tend to be chosen for the greatness of their ideas, not for their color or background.

Look at the 17 Candidates in the Primary. Men, women, Black, White, Hispanic. It’s all in there. The runner-up was of Cuban descent. Not exactly the kind of group the white supremacists would embrace. 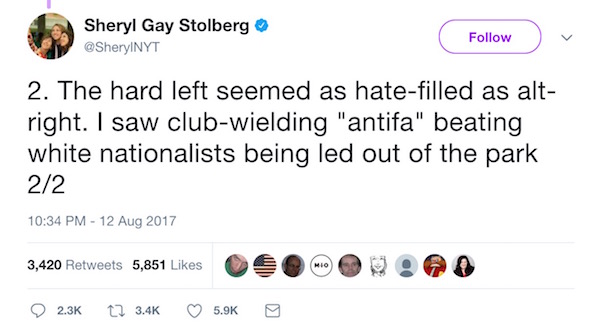 They are racially motivated, they are politically driven, and they are happy to get violent.

Some — like the New Yorker — are actually singing their praises while calling for denunciation of the White supremacists. They are frauds.

This picture is ALMOST true: 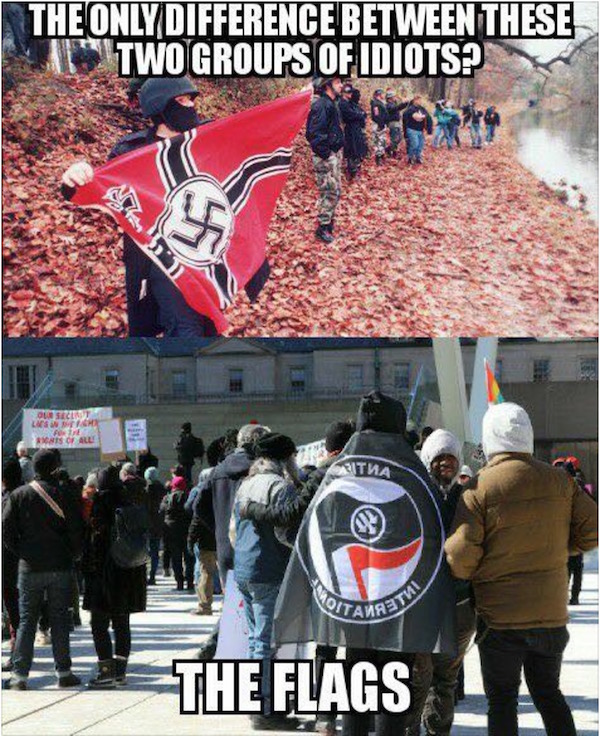 The OTHER difference is that while most respectable people have managed to marginalize any real membership of White Supremacy until it has become a pathetic cultural laughingstock (Like Westboro Baptist), it’s ideological counterpart is growing is strength and numbers.

In fact, it was just DAYS before the riots when one site happened to write an essay showing why the White Nationalists and Atifa are essentially the same ideology, pandering to different groups.