Can it truly be called a CNN report if they haven’t taken a shot at President Trump?

They did their digging, and found exactly the kind of report they were hoping to find. 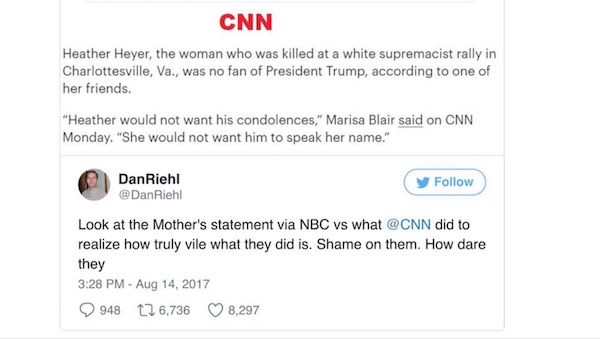 What champions they are in the defense of this victim!

What a show of speaking truth to power!

What a steaming crock of Shittake!

She wouldn’t want the President to sully her name by taking it in his mouth, would she?

Can we get fact check, on aisle 7, please? 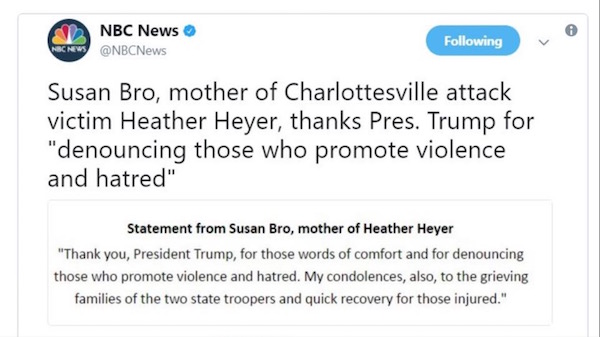 Heather’s own mother went on record actually THANKING President Trump for ‘denouncing those who promote evil and hatred’.

Why would CNN fail to include what her mother said; instead running a quote dripping with vitriol?

Could it have anything to do with mom’s quote contradicting the perpetual anti-Trump outrage that flows like an open sewer on CNN?

That he is NOT giving tacit approval to the racists?

Nah, couldn’t be THAT, could it?