This isn’t the kind of award they would hand out to, say, David Duke, now is it?

In 1986, they gave out the first Ellis Island medal.

Appearing in that same photo were Rosa Parks and Mohammed Ali.

The Ellis Island Medals of Honor embody the spirit of America in their salute to tolerance, brotherhood, diversity and patriotism. Honorees may be native-born or naturalized, but most importantly, they are individuals who have made it their mission to share their wealth of knowledge, indomitable courage, boundless compassion, unique talents and selfless generosity with those less fortunate. In addition to hosting their annual gala, NECO remains dedicated to, and has raised significant funds for, the maintenance and restoration of Ellis Island. —Ellis Island

Whether it, by itself, says anything about his ACTUAL attitudes toward racism, it does say something about what people paying particular attention to that issue thought about the sort of person he was.

One guy put together a list that even Rachel Maddow or Jim Acosta could understand. 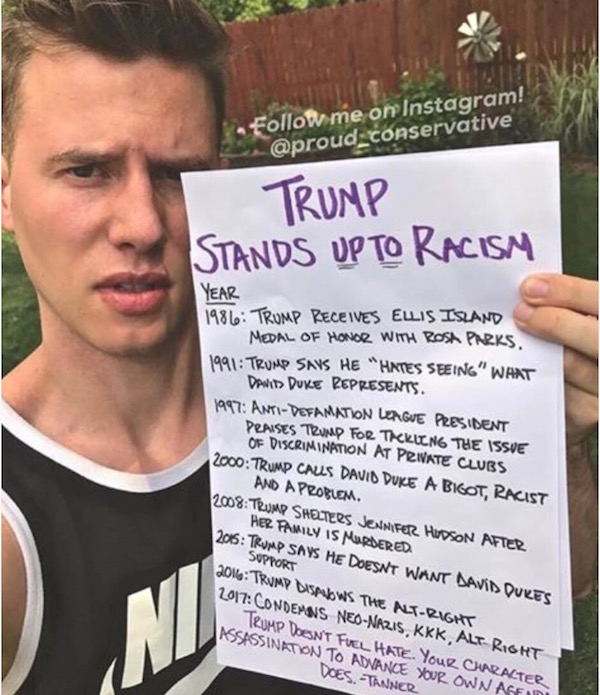 But Jim Acosta is an attention whore in a perpetual audition for the day he gets his own show.

He wouldn’t know HOW to stop trolling the President. Or act like a real journalist.

We’re not expecting him to let go of the ‘racist’ bone any time soon.