She lost fifty pounds and was covered in bites… but a month later, she was found alive.

Out with a couple of guys, deep in the woods, Lisa Theris (25) realized that they were about to rob a cabin.

She wanted no part of it and fled into the forest. She was still missing a month later when a motorist happened to see movement on the side of the road.

Looking at the before and after pictures, it’s hard to believe this: 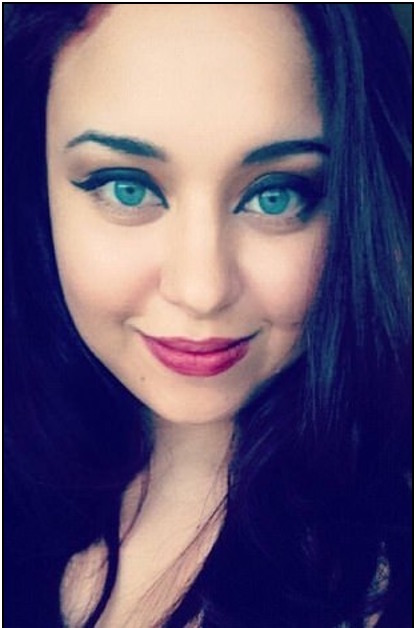 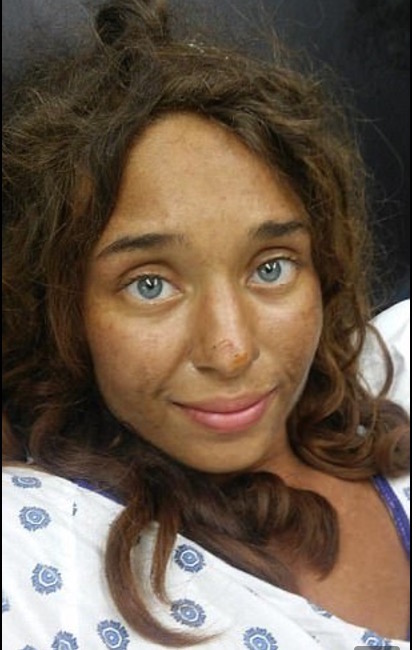 Are two photos of the same young woman. But they are.

She’s a survivor for sure.

Not only did she have the integrity not to get involved in a crime just because the men she was traveling with did so… (They’ve already been arrested, by the way.)

But she also did what she needed to do to survive.

Her hunger and fatigue kept her from finding her way out… causing her to wander in circles.

But she ate berries and mushrooms. She drank from puddles.

Theris was back in her Louisville home on Monday, where her siblings said she has begun her slow road to recovery.
‘She is severely weakened, she is in pain, she is emaciated,’ Theris’ sister Elizabeth said. ‘There is not an inch of her that has not been affected.’
…Theris’ brother Will said she is ‘standing strong and full of jokes as ever’.
‘The next few weeks will be rough, but she is handling it all like a trooper,’ he added.
…’Her will to live was strong,’ he said. ‘When you have a will to live and survive, it’s a miracle.’ —DailyMail

Mom and dad did not raise a quitter. Or a spineless follower.

Well done, mom and dad. When push came to shove, she was ready for what life threw at her.

Want that for your little girl, too? Here are some battle-tested how-tos.