Will the cold-blooded murder of a neighbor with the wrong politics see the same level of national outrage as the death of Heather Heyer?

Now is the chance to see just how honest the media are.

Was the death of Heather Heyer a worthy news story? Absolutely, especially in the context of how polarized the nation has become.

Will the execution of George Jennings be JUST as widely discussed?

Heather Heyer — killed by someone with a political ax to grind.

George Jennings — killed by someone with a political ax to grind.

Clayton Carter allegedly shot George Jennings, both 51, twice in the head outside his home in Pennsylvania in the early hours of August 8.
The men had already been arguing the previous night and police were called after Carter pulled a gun, but managed to diffuse the situation.

The Anti-Trump nut had already pulled a gun on him the night before?

Carter accused Jennings of shining a light into his eyes as he was returning home, and went inside to fetch a .380-caliber Ruger semi-automatic handgun.
Carter went back outside and parked his car up on Jennings’ lawn with his lights on full beam, according to a criminal complaint seen by Philly.com.
A heated argument then started and Carter shot Jennings in the head, knocking him to the ground, the complaint says.
Carter then shot Jennings in the head a second time while standing over his body, as his distraught wife watched from inside the house, it is alleged.

Knife or no knife…

If you’re standing over somebody, and you shoot him in the head, that’s not self-defense. That’s an execution. 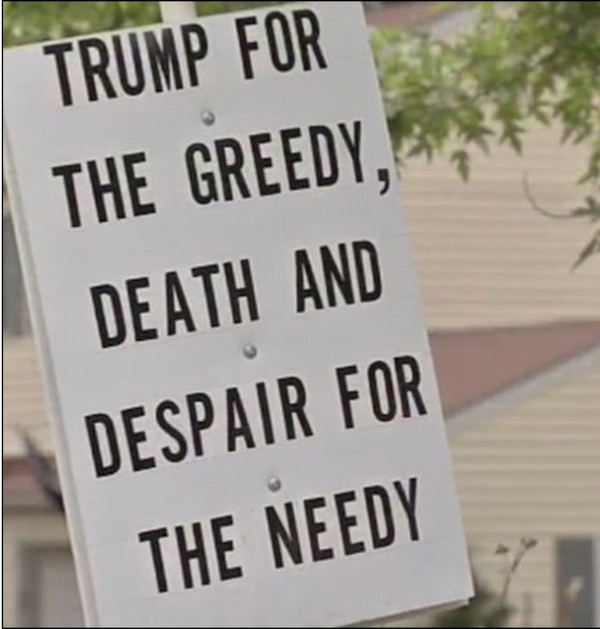 And Jennings was a member of the Chester County Republican Committee.

It’s not like this is the FIRST Anti-Trumper to put a gun in his hands attempting to kill people he disagrees with.