It would be rude for someone couch-surfing at your place for a couple of days to complain about the food you eat and the music you listen to. How much worse is this?

This is what Angela Merkel was insisting the entire West sign up for, and now it’s biting everyone in the ass.

But as soon as they arrived, they started making demands. 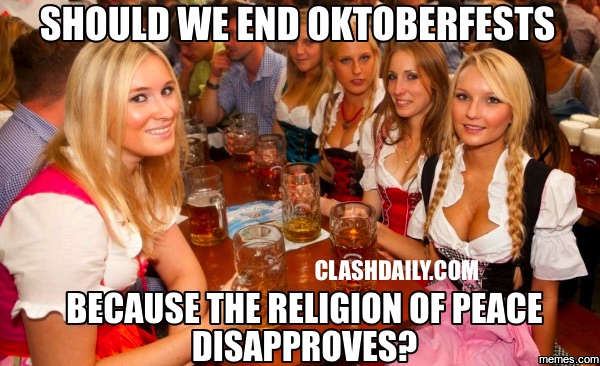 That’s kind of weird, considering the places they fled were sh-tholes, and the West was so much better that there willing to leave it all behind.

Except they weren’t leaving anything behind. They brought the sh-thole with them. And they’re insisting that their NEW homes become like the old ones.

For example, this petition written to MUNICH:

I am writing this letter to bring to your attention something that I
and many Muslims believe is unfair and requires attention. I would like to inform you that the Oktoberfest is an Intolerant and Anti-Islamic event. We tried to ignore the event, but there too many Un-Islamic acts done at the Oktoberfest. Such as alcohol consumption, public nudity etc.
We understand that the Oktoberfest is a yearly German tradition, but we, Muslims, can not tolerate this Un-Islamic event, because it offends us and all Muslims on the earth. We are requesting the immediate cancellation of the upcoming Oktoberfest event.

We also believe that the Oktoberfest might also offend all the Muslim refugees coming from Syria, Iraq,
Afghanistan. The cancellation of the Oktoberfest event will help refugees not to forget their Islamic history. Thank you for your attention to this matter.

Now, we may be all the way over here on the other side of the Atlantic, but we would gladly propose a response to that letter.

Hi,
You will notice the Germany’s history is a lot of things, but NONE of them is Islamic. You talked about history. Oktoberfest is part of Germany’s history. Get used to it. We like beer. We like women, and we really, REALLY don’t like parasitic houseguests coming in and telling us how to run our lives.

Maybe you really REALLY liked the ‘Islamic History’ in these other god-forsaken places you fled from. If you like THAT culture so much better, you can haul your ungrateful asses back to the miserable hell-holes you fled from and ‘enjoy’ your worthless religion’s ‘utopia’ on your own terms. Elsewhere.

Your turn. What do YOU think of their little ‘petition’?

Should We End Oktoberfests Because The Religion Of Peace Disapproves?

If you’re having trouble understanding that? Let’s make it a little simpler for you to follow: 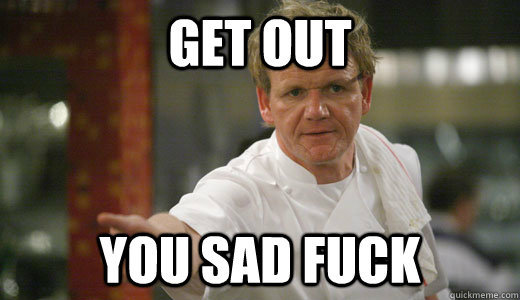 If you can’t handle going back to your own hell hole, or if you are afraid of the parasitic houseguest and are contemplating the canceling of Oktoberfest, you need to read this. Yesterday.