While the Media (D) continues to say that the clashes in Charlottesville were between neo-Nazis and ‘those that oppose racism’, Ben Carson revealed that his house was vandalized by anti-Trump thugs.

We didn’t hear that from the Media (D).

Ben Carson has called for people to take the ‘high road’ instead of flaring up hate in America.

In a series of posts on Facebook, Carson relates a couple of stories to try to bring some sense into the escalating political and racial tensions in the U.S. and how each of us have a role to play.

Also included is the revelation that his house in Virginia was vandalized by members of ‘The Resistance’ while he was away.

Ben Carson has revealed his house was recently vandalized with anti-Trump rhetoric while condemning urging Americans to take the ‘high road’ against bigotry after violence in Charlottesville.

The Housing Secretary wrote on Facebook that his home in Virginia was covered in messages criticizing the president while he was out of town – but his embarrassed neighbors cleaned it up before he returned. 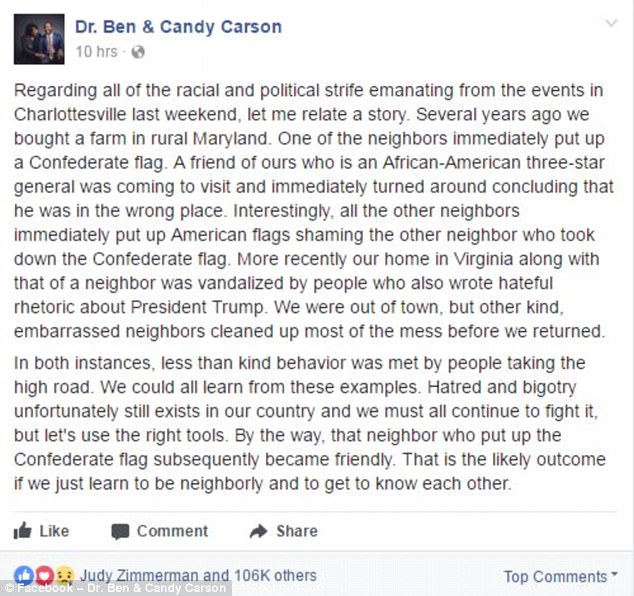 In a post Sunday, Carson said it was ‘sad watching the political pundits arguing about whether President Trump went far enough in condemning the instigators of the violence in Charlottesville.’ 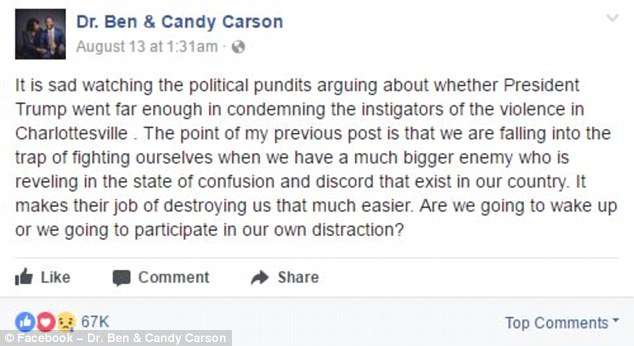 When the tensions were boiling over in Virginia, Carson posted: ‘Let us pray for those killed and injured during the unrest in Charlottesville today, but also for our nation as it is being severely threatened by hatred and bigotry on all sides.

‘I am pleased that the President overtly disavowed any relationship with white supremacists,’ Carson wrote.

‘We should all reject the forces of division on all sides of the political spectrum.
Source: Daily Mail 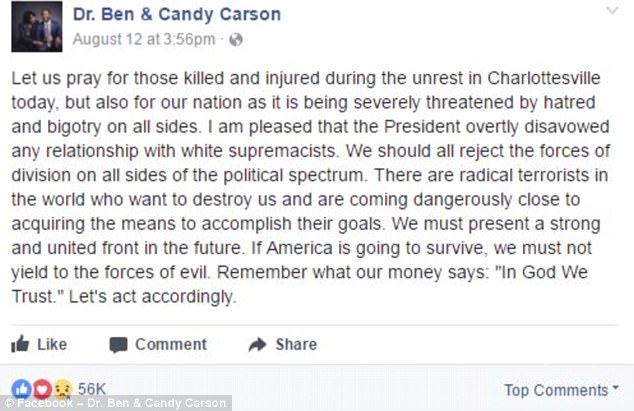 Being neighborly and talking to each other civilly.

It’s hard to be friends with someone on the left because of their fragility.

But like Ben Carson says, we need to try.

Sure, they might be triggered when you say you won’t use gender-neutral pronouns, but it’ll toughen them up.

Consider this your handbook on befriending leftists: