Liberals are so wrapped up in their own lies, they have to George Orwell the language in order to tell their narrative.

We’ve seen it before. Not just with the introduction of terms like ‘…phobic’ or their liberal use of ‘bigot’ for anyone that takes a contrary opinion.

Or their use of ‘undocumented’ when the law clearly says ‘illegal alien’… which means, literally, a foreigner who is here contrary to existing legal statues.

We saw CNN’s Van Jones get creative when he coined the term ‘whitelash’ to explain away the media’s November 8th Election loss. Because we all know they were playing sides.

An idea that was soundly hammered by Stacy Washington.

We get to see Lilly-white Chelsea Handler (who was shown to be a bigot against foreigners with an accent), and who has inexplicably NOT yet moved to … Spain, was it?

Also ‘inexplicably’ she has a show on Netflix, in which burns through a ‘comedy’ segment telling us all about the different kind of racists with lame tired jokes… without even a single reference to the longest-serving racist in American Senate history. 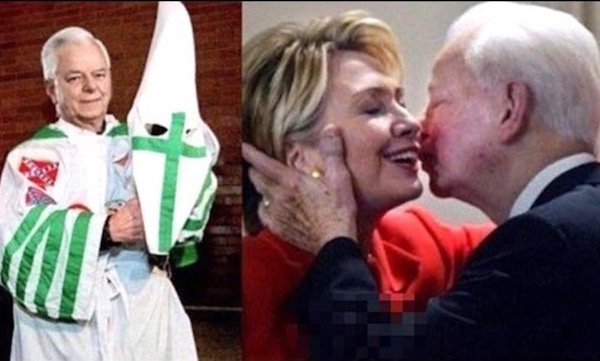 …hmm, wonder why that little gem never came up, in her list of historical racists eh, Chelsea?

I didn’t realize how many different types of racists we have in America. New @chelseashow this Friday. pic.twitter.com/E9qT7wpupe

Related story:
Dear CNN: Before You Crap On Trump, Explain What Obama Is Doing In This Pic 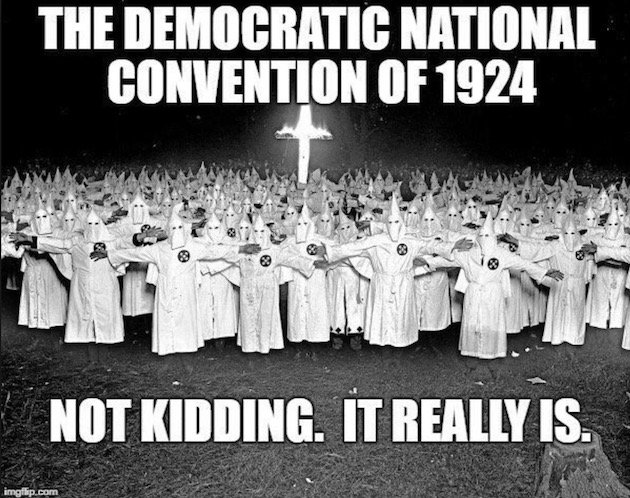 For someone rummaging around in history like that, she sure missed some obvious stuff. She wasn’t busy trying to write a propaganda piece, was she?

Stacy Dash isn’t afraid to hit back… here are some highlights from her reply piece over at YoungCons.

Myself, Ben Carson, Sheriff David Clarke are “white supremacists” in black skin. Is that it? Because we disagree with the liberal, Left agenda–[…]?

Liberals love to embrace wealthy celebrities who in turn like to fashion downtrodden victims out of their fan base and remind them that they are under the heels of…well, wealthy white people like them.
So…I’m a black white supremacist? It’s a stupid thing to say and it’s not funny. Liberals will laugh at anything at anyone’s expense because they pass it off as “I’m sticking up for YOU.” See, I get paid millions to sit at this desk, walk across this air-conditioned outside red carpet, fly in these jets and I get to tell YOU how to save the environment and fight climate change. I get to tell YOU who to vote for. I get to tell YOU how to think and what to think about people who challenge this progressive way of thinking that allows me to keep this opulent lifestyle.

She was just getting warmed up.

How dare you assume I think white people are better than me or anyone that has my skin color? I expect that kind of trolling from ignorant social media comments; not from a supposedly sophisticated and enlightened comedienne and author.

Of course, I don’t believe whites are superior to blacks. I am neither superior nor inferior to anyone. You will not reduce me to existing as just a race. As I said before, you went for the low-hanging fruit.

Maybe read my autobiography and about my childhood of being exposed to drugs, violence, and abuse while growing up in the Bronx. Does that make me “black” enough for you and anyone else who shares this judgmental and simplistic assessment of my beliefs?

That’ll leave a mark. So will these.

White lady calls black guy who grew up in inner city Detroit in dire poverty with a single mom who couldn't read a white supremacist https://t.co/einYbqoOvG

Ben Carson has saved hundreds of lives. Chelsea Handler has ruined hundreds of jokes. She is a waste of oxygen. https://t.co/ecHqE47kaC

That’s what happens when a young woman is raised with intelligence and confidence that does not require finding your worth in setting one group against another.

Oh for another ten thousand women (or more!) like Ms Dash.

In a world that deliberately teaches young adults to be sheeple, and not independent people, a book like this one could NOT be more timely.