Remember, this dude ‘takes the knee’, which makes him OUR moral superior … or something.

No wonder a protest critical of the police is so popular with these guys.

It would be a little like Oprah and Rosie protesting Weight Watchers.

NFL players tend to get arrested — a LOT. (Here are some of their records.)

And of course, this means they will have to reset their NFL ‘days since the last player was arrested’ clock. (Its RECORD is ’63’, if you can believe it.)

As our President would say: ‘SAD!’

So, on Friday, the holier-than-thou take-a-knee-for … ‘justice’, is it? Found himself on the wrong side of justice. 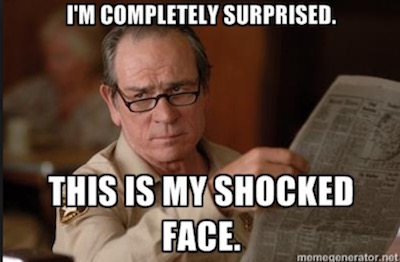 And what he was busted for was REALLY dumb.

The incident occurred on Interstate 5 near Bakersfield, according to MSN. Police said that Westbrooks was stopped for speeding, and officers observed a handgun in the glove compartment of his vehicle while he was looking for his registration, according to ESPN.

The firearm was reported stolen in 2009, according to California Highway Patrol records, and was loaded with a “high-capacity” magazine holding a whopping 13 rounds of ammunition.

Westbrooks was arrested on five felony charges: receiving stolen property, carrying a loaded firearm, carrying a stolen loaded firearm, grand theft of a firearm, and possessing a high-capacity magazine. He was booked into the Kern County Jail in Bakersfield, and has since posted bail. —BlueLivesMatter

We agree that the capacity laws are crap… but it’s still the LAW of the land, you moron.

More importantly… why the HELL does a NFL player have a STOLEN Gun?

What’s the matter, too broke to pay retail? Or was it the background check?

The Rams recently gave him an extension through 2018.

Let’s see if he’ll still be around to play it out.

Maybe the NFL is missing out on an obvious endorsement here: 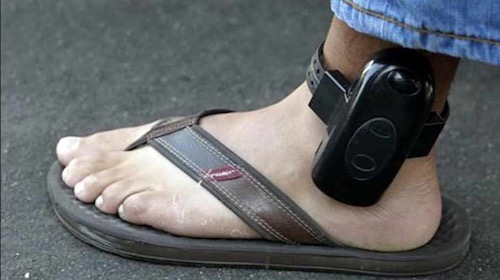 “The official ankle-monitor of the NFL.”