Here’s a checklist you’ll never see on ESPN — or CNN for that matter.

… let me count the ways:

First off, Neither group really seems to appreciate the police. Maybe that has something to do with how often police offer them shiny silver bracelets.

Antifa threw bottles, sticks, and bottles of urine at Boston police officers and Reuters referred to them as peace activists. #FakeNews

(Or in the case of the two-bit protesters in a mob, el-cheapo zip ties. Obviously, those rich athletes are super ‘privileged’.)

Second, they both like making dumb choices that can derail their careers.
Colin Kaepernick is out of work. Sure, that’s partly because his numbers are garbage, and nobody has confidence that this porcelain QB can survive a season without getting hurt. But besides that, he was JUST about to get signed by the Ravens, but his girl managed to piss off management. (Turns out management didn’t like being slapped with insulting slurs.)

University’s Prof Thinks ‘It’s A Privilege To Teach Future DEAD Cops’ – Should He Be FIRED?

Third, their contempt for the symbols of America — Flag, Anthem, etc.

The anthem is the moment the NFL players chose to take their ‘stand’. 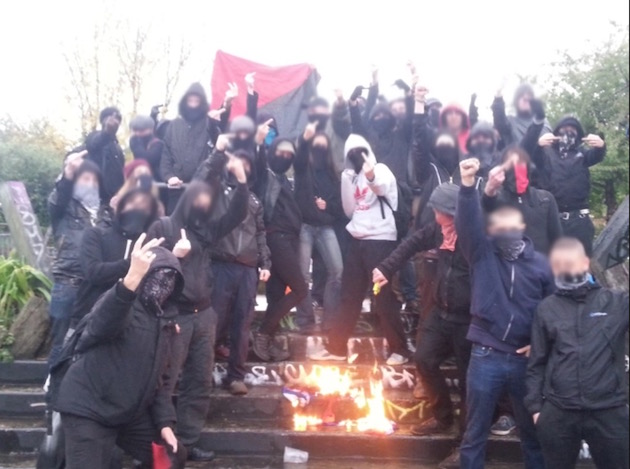 Fourth, their embrace of Messed-up heroes and cultures that are HOSTILE to America.

And Antifa’s heroes include Communism itself. 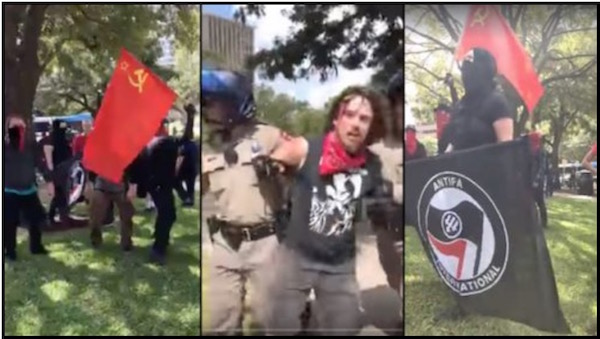 Fifth: both sides have been known to smash things other people have worked hard to build in the effort to raise hell over whatever it is they think someone should give them.

Antifa tends to set fires and burn businesses built by strangers for no particular reason. Something like these folks were doing:

The ‘take a knee’ crowd isn’t lighting garbage cans on fire, but they are actively destroying one of the few things that holds people together — black and white, rich and poor, urban and rural, religious and irreligious.

Last — (although we could keep going) Both sides are prepared to tell slanderous lies to justify their movement.

Antifa calls everyone and anyone they disagree with a ‘Nazi’ and ‘White Supremacist’. And it’s always OK to meet THOSE people with violence. Always.

Photojournalists are ‘Nazis’. A Japanese man and his Samoan bodyguard on their way to a Prayer protest? ‘White Supremacists’. 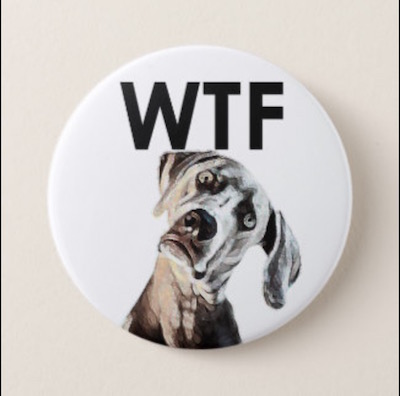 So was a Jewish Conservative Speaker at Berkeley who keeps Kosher. Because we all know that Jews are really strong supporters of all things Nazi. 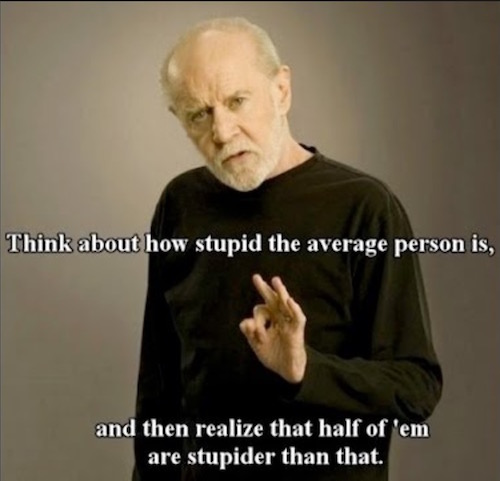 And the take a knee crowd?

They’re still running around saying ‘hands up don’t shoot’ as though there was no autopsy report telling us that was a lie.

The exceedingly inconvenient fact of the matter for the “cops are preying on black men” narrative is that far more whites than blacks are killed in confrontations with police. Last year, in fact, it was roughly twice as many. —National Review

Other things that COULD have made the list if we took a little more time to flesh it out?

7. The free pass both groups get from the media.
8. The vitriol dumped on anyone who denounces them.
9. Their shared Rage against Trump.

10. Basically, the thing they both REALLY have in common — is a preference for the DNC.

Not really surprising, though, is it?