The reason she probably won’t win the suit is hilarious.

We can only say ‘probably’ because the courts have been known to surprise us.

The cash award for someone who spilled coffee on their crotch because they didn’t understand that COFFEE would be HOT comes to mind.

This chick is obviously the reason we need warning labels on EVERYTHING.

‘Do not use a hair dryer while showering’.

This bag is not a toy.

Some of them are hilarious… 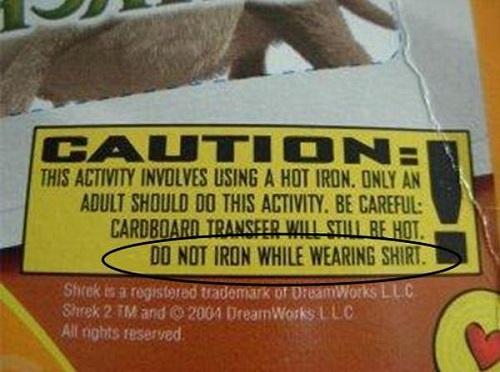 Even if they’re a little tough to take seriously… 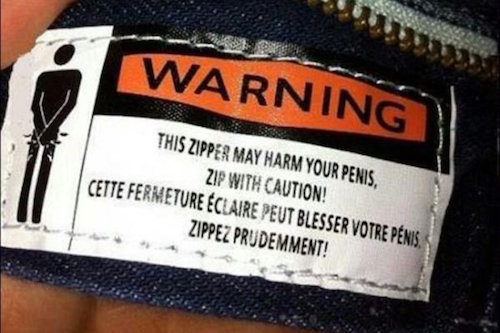 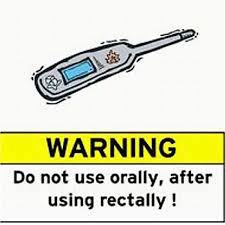 ..who, EXACTLY are these warnings written for, anyway?

Is there REALLY someone out there who’s that thick?

Sadly, you already know the answer to that question. You might even know a few specific individuals who would fit the bill.

Yes, there is, in fact, someone who needs those labels. Even if she doesn’t read them.

Does that mean it is supposed to be applied liberally to her skin, and LEFT there?

One woman even pointed out, “My 9 year-old daughter said, ‘That just means if you get a drip on you or something it’ll wipe back off easily!'” —Mirror

Twitter did NOT take her side. They laughed at her instead:

Just looks like a poor version of violet from willy wonka

The red-faced chick saw THIS on the bottle: 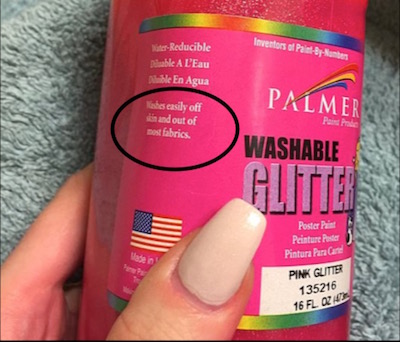 ‘Washes easily off skin and out of most fabrics’. Which, any parent will tell you is a good quality to look for. Especially when you look at what everyone ELSE sees when they see this product.

The REST of the world saw this: 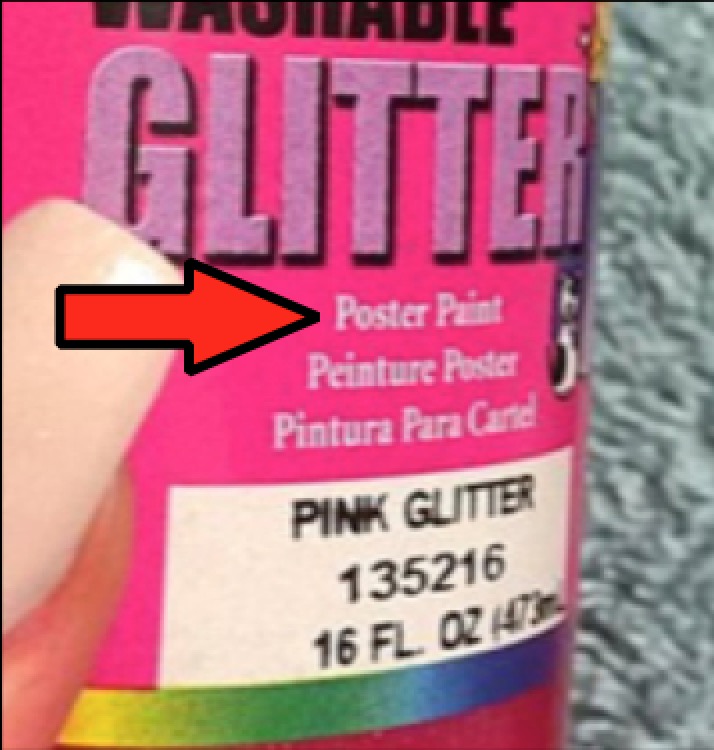 What kind of claim will she make in her ‘suit’?

That she didn’t realize she’s not a poster?

Maybe instead of painting her face, she might want to crack a book. It might do her some good.

We could even suggest one that might REALLY help her out.