Jimmy Kimmel has been praised on the left for using his monologue as a platform to attack the GOP instead of being funny. But check out this video of the leftist voice of ‘moral conscience’…

He says he’s not a pawn of the Democrats…

…but you don’t have to be a pawn if you’re already a lemming, amirite?

We’re tired of celebs following the Leftist dogma and lecturing us about it.

Check out what Doug Giles had to say to Eminem’s anti-Trump ‘freestyle’ crap rap:

Eminem is no saint when it comes to talking about women, he was much more aggressive and misogynistic.

Speaking of men that view women as sex objects…

Kimmel has been using his monologue to discuss politics instead of doing what he’s being paid to do — be funny.

Back in the day, both sides would be picked at equally… and then, along came Donald Trump.

Now, it’s all anti-Trump, anti-GOP all the time. There isn’t even a reprieve on late night TV anymore.

Mr. ‘Moral Conscience’ Jimmy Kimmel used to be a co-host on a show called ‘The Man Show‘, which, as its name implied, appealed to men.

Oddly, though, Kimmel’s ‘moral conscience’ hadn’t quite fully developed yet.

He didn’t use the platform to denounce sexism and misogyny, instead, he used it to promote the objectification of women.

In one segment, he went to the streets with a game called ‘What’s In My Pants?’. Contestants — all beautiful, young women — would feel around the front of Kimmel’s pants for 10 seconds to try to guess what he had in there.

As they did this, Kimmel made suggestions like, ‘You should use two hands,’ ‘Maybe it would be easier if you put your mouth on it,’ ‘You can use your breasts,’ ‘Feel harder, feel a little bit faster — squeeze,’ and commenting, ‘You’re gonna make a fine wife.’

When one pretty blonde wanted to play, he asked, ‘How old are you?’ She responded, ’18,’ he said, ‘Ok, good. Are you sure about that? Because Uncle Jimmy doesn’t need to do time.’

Note that none of the girls looked like size 26 ‘body positive’ model, Tess Holliday: 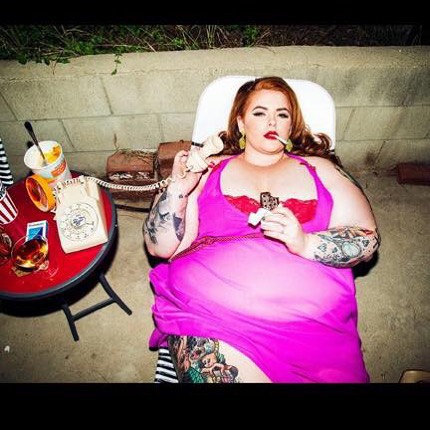 And another feature of the Man Show was the girls on trampolines:

And the show went far further than that.

This is the guy the left is calling their ‘moral conscience’?

Dial down the moral preening, ‘Mother Superior’… you LITERALLY made a career on the objectifying of women.

You and Weinstein had this in common: pretty girls were just a ‘means to an end’.

Well, at least he was better than Weinstein in that he made sure that the girls agreed to do it first. As far as we know, all of them appeared on the show, and one of them even got $500 for guessing right.

There was a time before we had comedians who cried on tv… or used pretty girls as sexual props poking around a strange little man’s pants in front of a national audience.

The kind of world that produced this badass grandpa.

If you’re sick and tired of Kimmel’s schtick, you’ll love this book: