The Incredible Falling Hillary is at it again. And now she has a mysterious foot injury.

Here is a photo. Take a look. 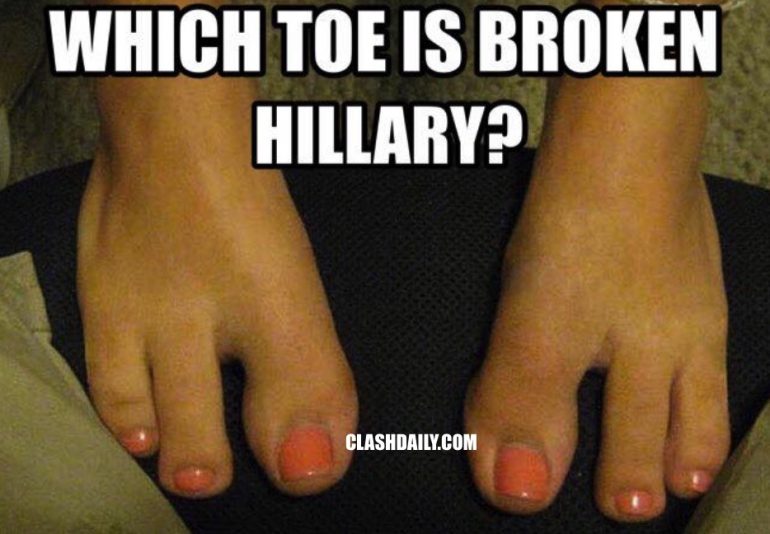 Does her foot look … ok to you? Something seems a little off. Like her feet are ‘cloven’ or something. Must be a side effect of the endless lies.

What? Before you bitch about the ‘authenticity’ of these pics, remember two things. (1) We’re mocking her. And (2) they are STILL more authentic than Hillary’s endless bitching about Russia.

Especially with recent news accounts involving the undisclosed FBI investigation about (successful) Russian bribery over Uranium… and people in her own inner circle. And the Clinton Foundation

(What… the ‘traditional media’ isn’t on that like a dog on a bone? Weird. Can’t imagine why not. That’s ok, you can catch the full story here.)

Just like in the election, they can’t keep their story straight.

Hillary Clinton apparently fell and injured her foot on Monday during her overseas book tour, prompting her to cancel or delay interviews with British journalists — before resurfacing on a BBC program.

As with previous Clinton health scares, the details are a bit unclear.
Source: Fox News

She was promoting her book more effectively than she ever promoted herself as a candidate.

She was unable to make it to several interviews:

I’d read the book and everything. Apologies. #HillaryClinton @BBCWomansHour pic.twitter.com/Dh66CuYVph

You read it? You have our sincerest condolences. 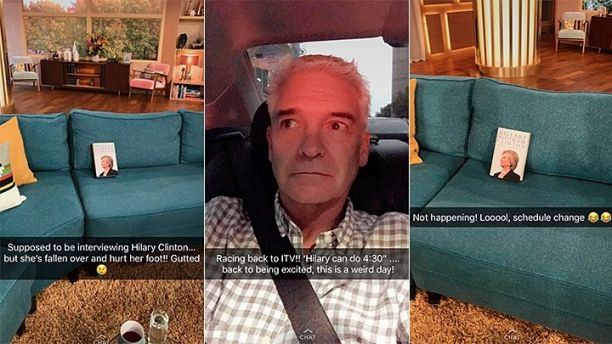 But unlike her campaign, she persisted.

On this week's show, @HillaryClinton chats to @grahnort about What Happened after breaking her toe this morning #TheGNShow pic.twitter.com/UYw9zyGfsl

She managed to reschedule the BBC Women’s Hour:

We just had to move it a bit later in the day. She’s taping it now for tomorrow morning!

But when she got on the Graham Norton Show — surprise, surprise — the story changed and it wasn’t her toe at all.

She had overheated — no wait. That was during the election before her story changed to pneumonia. She was taking sniper fire in Croatia. No, that’s not it… oh yes. Now I remember.

It was her ankle.

HRC on The Graham Norton Show, joking about how she caught her heel on some steps & twisted her ankle earlier today. Back to the book tour! pic.twitter.com/Fk30HLjNat

What a relief that we didn’t end up with Hillary in the White House.

It’s a good thing she was such a horrible candidate!

And she just won’t stop lying.

Well, here’s one guy that tells the truth: