Auctioning history to save history has great meaning for distinguished Holocaust Art Dealer Nathan Zakheim. Preserving the memory and lessons of the indescribable tragedies of the Holocaust that personally impacted Zakheim is being accomplished by monetarily supporting the American patriotism and Judeo-Christian values of the national “We the Kids” organization. Zakheim, the Senior Conservator at Los Angeles. CA’s ARTpraisal is using the February 4, 2018 auction of millions of dollars of his father’s, Bernard Zakheim’s, artwork to benefit the popular charity.

Judy Lane, President of the organization, explained, “The joint venture exists to educate young people about preserving the patriotic principles and values of the founding fathers. She added that it is crucial for our nation’s children to understand why it is important to protect the present and guarantee the future, so that the horribleness of inhumanity practiced during the Holocaust is not visited in America. Protecting the future is a common theme that connects the benefactor art dealer to Lane’s organization.

Holocaust Art and The Zakheim family
The Zakheim family suffered through the murderous actions of the Nazi’s which resulted in the loss of 300 of Nathan Zakheim’s relatives. For a majority of Americans, it is unimaginable to comprehend the family’s personal loss and even more so how the Nazi’s systematic slaughter of two-thirds of the Jewish population of Europe could ever be refuted.

Yet in Europe, countries like England, and yes even in Germany, some educators are beginning to consider dropping Holocaust studies in public-school curriculums. The rationale being used as a basis for eliminating Holocaust studies, is tied to not offending Muslim students. This pursuit of Holocaust denial by what is clearly Anti-Semitic is the first step toward erasure of the sins of the past.

In the heavily documented non-fiction book Anti-Semitism – Myth and Hate from Antiquity to the Present Marvin Perry and Frederick M. Schweitzer provide irrefutable proof of the intense campaign to erase the Holocaust from the history of the world. Can this type of Holocaust denial occur with Christianity and America’s founding Judeo-Christian values and principles?

Of course, it can. Even now, young children are being suspended from schools all across America for carrying a Bible to school and daring to read it on lunch periods, before and after school and during recess. Bible studies have been either marginalized or completely removed from classroom historical studies in textbooks, while Islam is being promoted, studied and used in teaching lessons.

Can you imagine an America in five, ten or twenty years where children grow up in a society where educators are mandated to deny that the Holocaust even existed, and Christianity is eliminated in schools and the public? That type of denial of history can easily lead to total extinction that erases millions of people and events by creating another more permanent type of genocide.

That is one of the several crucial reasons why the preservation of the work of the art dealer’s father is important for art lovers and historians alike. It is also why “We the Kids” is the beneficiary of the art auction.

“We the Kids” is committed to preserve the nation’s history of patriotism and the richness of its Christian-Judeo values and principles that guided the nation’s founders. The monetary gift will help to ensure that Lane’s organization ‘s children, teens and young adult members continue to learn and share so that America’s past will be preserved and never be eradicated from history.

Holocaust Artwork is history’s change agent
As one examines the truly mesmerizing artwork and carefully sculptured pieces of Bernard Zakheim, it is easy to see why Nathan takes great pride in the distinguished work of his late father, who died in 1985.

Not only was Bernard Zakheim a classically-trained fresco artist and sculptor, but his art study and training allowed him to advance the status of the then-considered temporary art form to that of Fine Art. His accomplishments created admirers worldwide, just as Nazi Germany began destroying the work of many noted Jewish artists. 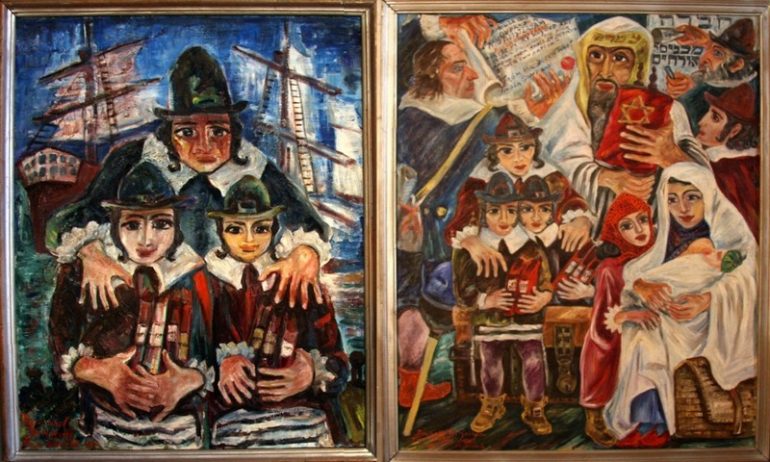 Fortunately, the Zakheim art collection auction will not only inspire a new generation of admirers but also become the fuel to ignite a new generation of young artists. ‘We the Kids’ members regularly use radio, television, and journalism as their artform under the watchful guidance of its Executive Director Lane.

Lane produces educational “living history” videos with local kids and teens every other month at a local cable TV station. They are creating a regular radio show operated by its young reporters. In addition, Judi Lake, Executive Director of American Christian Civil Rights Movement’s Ascension Magazine and parent organization is solidly behind “We the Kids.” She stated, “Their current and future contributions to the magazine and to the nation as a whole is remarkable. “I admire their focus to return America to its patriotic values and their respect for authentic and honest American history with loyalty to the nation’s founding documents. It is something that we should all celebrate!”

Next year on February 4th, the Zakheim collection will be going up for auction so that its artwork will continue to bring enjoyment and a renewal of American patriotism for the nation’s youngest citizens that will continue for generations.