Hey don’t blame ‘Merica for this one… self-destructive stupidity on this scale requires a Russian.

It was a photo op. Alexander ‘Sasha’ Chechik wanted to look tough. So he posed with a grenade.

Don’t get ahead of us, now.

This death-by-photo-op would make the ‘my book will stop a bullet’ YouTube death seem almost tame by comparison.

He was taking photos to impress a friend online.

He took several pictures with the grenade.

But he wanted to ‘kick it up a notch’. 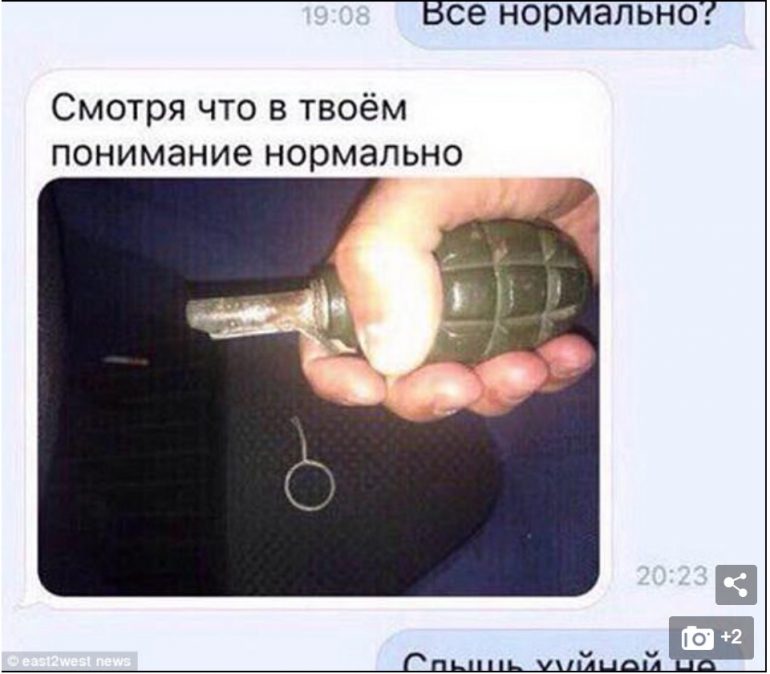 So, he did. He removed the pin.

It ended badly for him.

Moments earlier, one friend had messaged him: ‘Where are you? Are you OK?’

He replied: ‘Depends on what OK is in your understanding?’
He sent a picture of the grenade in his hand – with the pin removed.
The friend told him: ‘Listen, don’t do stupid things. Where are you?’

Police said they believe Mr Chechik expected the grenade would not explode as long as he didn’t throw it.
Source: DailyMail

Wow. Feel bad for him and his family, sure.

But feel bad for the poor cops who had to find him, too.

A ‘Not Safe For Work’ picture shows the mess the police found when they arrived at his car. Do NOT click if you are squeamish.

The hey-look-at-me trends on the internet are making people lose their minds.

There’s a difference between badass and dumbass. This guy wound up on the wrong side of the line. If you want to see what badass is SUPPOSED to look like, keep reading.